Best business quotes for every situation

Inspire success, build your business and motivate your team 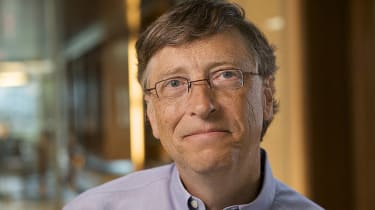 Sometimes you just need a bit of inspiration -- a metaphorical push in the right direction. In those times of psychological need, it can be worthwhile to consider the words of those who came before you. The ones who mastered the art of the startup, climbed the ranks and blazed their path to success.

Fortunately, many founders and business leaders have been eager to share their wisdom with the world around them with these legendary business quotes.

There are a number of high-ranking tech CEOs who’ve found success within their niches. That success is something to admire. Whether these CEOs have led projects that forever changed communication or developed programs to enhance our efficiency in everyday tasks, these tech CEOs are bound to inspire.

“If you’re changing the world, you’re working on important things. You’re excited to get up in the morning.”

“I always did something I was a little not ready to do. I think that’s how you grow. When there’s that moment of ‘Wow, I’m not really sure I can do this,’ and you push through those moments, that’s when you have a breakthrough.”

"Our industry does not respect tradition - it only respects innovation."

Best quotes about building a business

Do you remember the moment you decided to make the leap and start your own business? That moment was likely a pivotal one. It’s in those moments when you can feel satisfied in what you do and truly find the success that you seek.

“Chase the vision, not the money; the money will end up following you.”

“You have to be very nimble and very open-minded. Your success is going to be very dependent on how you adapt.”

You start a business in hopes of being successful. If success isn’t the goal, then what’s the point? Success is what should drive you.

"I knew that if I failed, I wouldn't regret that. But I knew the one thing I might regret is not trying."

"There is no passion to be found playing small - in settling for a life that is less than the one you are capable of living."

"Ambition is the path to success. Persistence is the vehicle you arrive in."

Quotes to inspire your next big idea

Creativity gets you ahead in business. Maybe you feel stuck when trying to come up with your next big idea, but this feeling is only natural and happens to the best of us. Consider taking a moment to breathe and connect with those around you, or you take into account the words of those below.

“The value of an idea lies in the using of it.“

“You can’t allow tradition to get in the way of innovation. There’s a need to respect the past, but it’s a mistake to revere your past.”

“There is no innovation and creativity without failure. Period.”

“Innovation is fostered by information gathered from new connections; from insights gained by journeys into other disciplines or places; from active, collegial networks and fluid, open boundaries. Innovation arises from ongoing circles of exchange, where information is not just accumulated or stored, but created. Knowledge is generated anew from connections that weren’t there before.”

Not everyone is a natural-born leader. Being a great leader takes time, effort and an investment in yourself and the people around you. A great leader can inspire those around them, motivate them to learn more and be successful. Of course, that’s not all being a great leader requires.

“If your actions inspire others to dream more, learn more, do more and become more, you are a leader.”

"The challenge of leadership is to be strong but not rude; be kind, but not weak; be bold, but not a bully; be humble, but not timid; be proud, but not arrogant; have humor but without folly."

“Outstanding leaders go out of their way to boost the self-esteem of their personnel. If people believe in themselves, it's amazing what they can accomplish.”

Motivate your team with these business quotes

The age-old sentiment is it takes a village. When it comes to building a successful business, that sentiment rings very true.

Though many entrepreneurs and budding business owners prefer to go solo for the first few months, if not years, there’s nothing quite like being surrounded by a team of like-minded individuals. Naturally, keeping those individuals motivated can contribute to your success.

"Teamwork is the ability to work together toward a common vision, the ability to direct individual accomplishments toward organizational objectives. It is the fuel that allows common people to attain uncommon results."

"Great things in business are never done by one person; they're done by a team of people."

Business quotes to get you through tough times

When the going gets tough, you must keep going. It’s how you handle yourself in those tough times that helps determine your long-term success.

“The biggest risk is not taking any risk… In a world that’s changing really quickly, the only strategy that is guaranteed to fail is not taking risks.”

“It’s fine to celebrate success but it is more important to heed the lessons of failure.”

"We need to accept that we won't always make the right decisions, that we'll screw up royally sometimes – understanding that failure is not the opposite of success, it's part of success."

"Whenever I meet a successful CEO, I ask them how they did it. Mediocre CEOs point to their brilliant strategic moves or their intuitive business sense or a variety of other self-congratulatory explanations. The great CEOs tend to be remarkably consistent in their answers: They all say, 'I didn't quit.'”