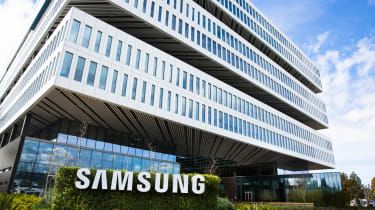 Jay Y. Lee (Lee Jae-yong), the heir-apparent to the Samsung Group, offered a rare apology, addressing his involvement in a succession plot that resulted in executives being caught sabotaging attempts to organize labor at the company. Lee also promised he would not pass management control of the Korean company to his children.

The televised apology marked Lee’s first official media appearance in nearly half a decade. Since his last appearance, Lee spent nearly a year behind bars on charges of corruption, perjury and embezzlement. Lee was originally sentenced to five years in prison but successfully appealed his way to probation.

This apology has been a long time coming for Lee and was requested by an independent committee tasked with monitoring Samsung’s corporate transparency compliance. This monitoring was a result of the same judicial proceedings that put Lee behind bars. Had Lee resisted making the apology, he likely would returned to prison.

“We failed, at times, to meet society’s expectations. We even disappointed people and caused concern because we did not strictly uphold the law and ethical standards,” Lee shared during the apology, according to Reuters. “I will not pass the company’s managerial rights to my children. I have thought about it for a long time, but was hesitant about making it public,” he continued, according to The Korean Herald.

Lee also apologized over his involvement in the disruption of labor activities at former Samsung Everland and Samsung SDS, vowing to ban the “no labor union” principle that has existed at Samsung for the past 50 years.

“Samsung will strictly comply with the labor laws and ensure labor rights, while nurturing a healthy labor union culture,” he promised.

Unfortunately for Lee, not everyone is accepting of his apology. Kim Woo-chan, a professor of finance at Korea University Business School, told Reuters, “Both apology and promise are vague. He did not specifically address what he has done wrong.”