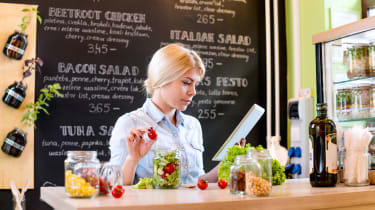 Microsoft has unveiled a set of new features for its flagship Teams platform to appeal to what the company calls "firstline workers" in industries like medicine, retail and manufacturing.

Over the course of 2020, the major Slack rival will introduce a suite of tools, including features like an in-app walkie-talkie, shared device sign-out and off-shift access controls for IT administrators.

The news marks the company's second major push around ramping up functionality for frontline-workers, hinting that Microsoft is aggressively trying to fill what it sees as a gap in the market.

Microsoft had previously revealed simple sign-in for Microsoft 365 and Teams at its Ignite conference in November. The previously announced SMS sign-in tool would allow frontline workers to log onto Teams using an SMS authentication code obtained by entering their phone number.

Companies in the retail industry, in particular, with high staff turnover, could be the main beneficiaries from this feature, as well as from new tools like off-shift access controls and shared device sign-out.

"Companies at the forefront of digital transformation recognize how critical it is to enable all of their people with the right technology and tools," said Microsoft's corporate vice president of modern workplace verticals Emma Williams.

"That's why, in industries like retail, hospitality, and manufacturing, there's a movement underway to digitally empower the Firstline Workforce - the more than two billion people worldwide who work in service- or task-oriented roles.

"Giving Firstline Workers the tools they need requires companies to address unique user experience, security and compliance, and IT management."

Allowing workers to sign in using SMS, for instance, would allow IT departments to avoid the need to set up fully-fledged user accounts for individuals who may not stay in the job for very long.

One of the most eye-catching new features, the walkie-talkie tool, is aimed at supplanting the need to buy additional equipment like radios, with workers able to conduct voice conversations over Wi-Fi and mobile data.

Microsoft sees this walkie-talkie feature as a means to help companies ditch "analog devices with unsecure networks", with workers no longer having to worry about crosstalk or eavesdropping from third-parties.

Principal analyst for digital workplace at CCS Insight, Angela Ashenden, said frontline workers have become a growing area of focus for Microsoft, with this segment of the workforce historically unserved with any apps or tools.

"We've seen Microsoft target this group already with its collaboration solution Teams," she said. "And with its mixed reality applications as part of Dynamics 365, and we're now starting to see these two worlds coming together as the company focuses on key verticals like retail."

"Today's announcements of a new push-to-talk, walkie talkie feature in Teams will be hugely valuable for retail businesses, and SMS sign-in helps address the challenge of the high-turnover storefront workforce who aren't always given an email address to use to sign in with (this is a feature we've also seen Workplace by Facebook rollout)."

The use of off-shift access controls, similarly, gives IT admins the capacity to limit worker access to the app on personal devices outside of working hours. This would ensure employees are not working longer hours than they're supposed to and helps employers comply with employment regulations.

While these features don't have fixed release dates, Microsoft has penned broad estimates that range from later this quarter, to over the course of the first half of the year. All capabilities are expected to have been released by midway through 2020 or earlier.