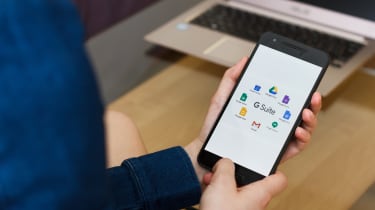 Around a million more organisations have taken up the paid-for iteration of Google’s suite of productivity apps since February 2019, a spokesperson from Google confirmed.

This is in addition to usage on Google Meets, the business-focussed iteration of conferencing app Google Hangouts, surging by 25 times since January.

The latest stats were first outlined by the vice president and general manager of G Suite, Javier Soltero, speaking with CNBC

"The business of G Suite is growing at an incredibly healthy and, frankly for me, surprising rate,” Soltero told the news network.

He added that millions of people working from home have boosted the adoption rate of Google Meet, which sits alongside Gmail, Google Drive and other services that comprise the G Suite.

Meets differs from Hangouts in that it’s only available to business users, while anybody with a Google account can use the consumer-focused Hangouts.

Services offered by rival developers, such as Microsoft Teams or Zoom, have also seen an explosion in interest. Zoom, in particular, has seen its popularity explode despite a string of security concerns, while Microsoft previously reported a massive rise in Teams usage in Italy, amounting to a 775% surge.

G Suite, which competes with Office 365, holds a much smaller market share against the Microsoft suite of workplace applications.

Google has implemented a host of changes over the last few years in a bid to change its fate, for example, by rolling out voice commands, text suggestions and an AI boost in the form of Google Assistant, among other new features.

The industry giant has also been keen to make inroads on the dominance of Microsoft Teams and its rival Slack, announcing plans earlier this year to combine G Suite services into a single mobile entity alongside communications functionality.

Under the plans, the entire G Suite collection of apps would combine into a single mobile entity, with a prototype of the app currently being tested internally.