The provisional agreement contains digital and data provisions that go far beyond the deal signed between Japan and the EU, gov claims 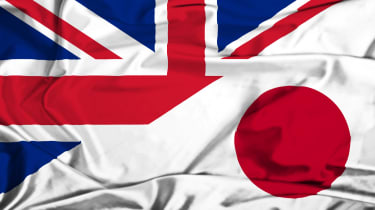 The UK has struck its first major post-Brexit trade deal, signing an agreement in principle with Japan, with provisions to allow the free flow of data between the two countries.

The 'Comprehensive Economic Partnership Agreement' was agreed in principle by the international trade secretary Liz Truss and Japan's foreign minister Toshimitsu Motegi. The government estimates that the deal will increase trade with Japan by £15.2 billion.

The agreement contains "cutting-edge" digital and data provisions that go "far beyond" the deal struck between Japan and the European Union, according to the government. The EU-Japan trade agreement is thought to be the world's largest area of safe data flows, with both recognising their respective data protection systems as equivalent.

Part of the deal includes an agreement to ban data localisation. This requires the initial collection, processing and storage of data to occur first within the boundaries of a country and, in some cases, that data must be deleted from foreign systems before being removed from systems in the data subject's home nation.

Without it, UK firms are free to operate in Japan without the need to build servers or data residencies in the country. The UK government suggests this will encourage fintech firms, such as Revolut and Transferwise, to expand their operations to Japan.

"Today's agreement improves an already flourishing relationship between the UK and Japan tech sectors and creates significant opportunities for trade and investment for both our countries," said Julian David, CEO of TechUK.

"Since 2018, in partnership with JEITA, we have run a successful UK-Japan Tech Forum to enable our members to develop a closer relationship with Japan and we look forward to working with the Government and our partners in Japan to assist the tech sector in taking full opportunity of this."