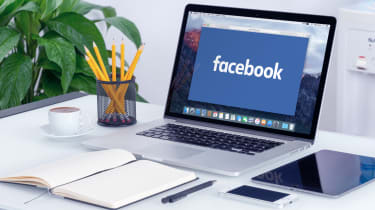 Facebook has announced the launch of a range of new features which aim to help businesses work more effectively from home during the coronavirus lockdown.

The new features include updates to Facebook’s enterprise connectivity platform Workplace as well as the new Oculus for Business unit, which was up until now in closed beta testing.

The launch might mark another attempt by the company to capitalise on the demand for video conferencing as well as take on video call giant Zoom.

Workplace VP Julien Codorniou emphasised that Workplace Rooms users will not face situations similar to ‘Zoom-bombing’. Speaking to IT Pro, he said that in order to share the screen with the rest of the video conference attendees, a user needs to “have the permission of the admin” of the call.

Codorniou also said that in the case of Zoom, “a B2C usage of the product was made with a B2B product”.

“Workplace has all the security and privacy certifications that you would expect from a system of SOC2, SOC3, ISO27, or 108, Privacy Shield, and all of that. Again, we are a B2B business even if Facebook is a B2C company,” he said.

Workplace has also experienced a surge in users during the lockdown: “Two years and a half after the launch of Workplace, we now have five million paid users (...) from three million six months ago,” said Codorniou.

The tech giant also announced the general availability of Oculus for Business, an enterprise platform solution which aims to support large scale virtual reality (VR) deployments in corporate workplace environments. Oculus is currently used for employee-training purposes by Johnson&Johnson and for collaboration by Nestlé Purina.