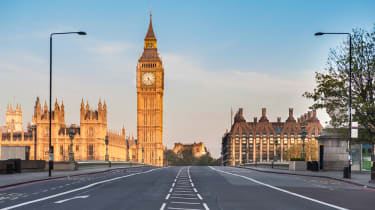 Businesses in London have once again reverted to remote working following the latest advice from the UK government, which has seen it once again urge employees to work from home.

Some 1,000 members of staff at Barclays have been told to go back to home offices following the government's U-turn, the bank has said.

Around 22,000 employees had actually remained in office during the pandemic due to being 'key' workers, but hundreds more had begun to return as lockdown restrictions were eased. However, they have been told to go back home from today, a spokesperson told Reuters.

Prime minister Boris Johnson announced a number of fresh restrictions on Tuesday, such as a 10pm curfew on pubs and restaurants, to stifle a growing number of coronavirus cases.

However, the new advice to continue to work from home - which Johnson said could last for six months - comes just weeks after the government urged the general public to return to the workplace, citing a need to boost the retail sector and struggling city centres.

"An extraordinary U-turn by this government," MP Diane Abbott wrote on Twitter. "After many weeks trying to get people back to work. No admission that they were wrong and have almost certainly contributed to the resurgence in the virus."

An extraordinary U-turn by this government.After many weeks trying to get people back to work.No admission that they were wrong and have almost certainly contributed to the resurgence in the virusWe need to suppress the virushttps://t.co/Y3tOORbEm9

A number of the capital's businesses are expected to follow Barclays' lead and send workers home. French lender Societe Generale said that it was "adapting its position in line with UK government guidance", according to City AM. NatWest has been more proactive and has said staff can continue to work from home until next year.

The state of remote work

Preparing for business as usual - from anywhere

Speaking to the Emma Barnett Show on Radio 5 live, CBI director-general Carolyn Fairbairn said that "about 15%" of her people were in its offices.

"They're excited about coming back, we need to plan to bring more people back," she said. "It's good for morale, it's good for learning, it's good for creativity and so many businesses are feeling that, so this is a backward move that won't be welcomed, and let's make it as short as it needs to be."