Cash deal worth £1.6bn expected to close within the next 9 months 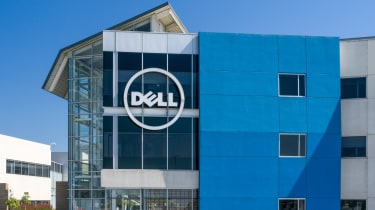 Rumours that Dell Technologies was selling off RSA – which it absorbed as part of its 2015 merger with the EMC Federation – began swirling yesterday, with the definitive agreement being announced overnight.

In a statement, William Chisholm, Managing Partner at Symphony Technology Group, said in a statement: “As one of the world’s elite security brands, RSA represents a great opportunity for solving some of the rapidly developing customer challenges that go along with digital transformation.

“We are excited and fully committed to maximising the power of RSA’s talent, expertise and tremendous growth potential and continuing RSA’s strategy to serve customers with a holistic approach to managing their digital risk.”

Jeff Clarke, Chief Operating Officer and Vice Chairman of Dell Technologies, added: “This is the right long-term strategy for Dell, RSA and our collective customers and partners. The transaction will further simplify our business and product portfolio.

“It also allows Dell Technologies to focus on our strategy to build automated and intelligent security into infrastructure, platforms and devices to keep data safe, protected and resilient.

Dell Technologies is on the brink of selling its RSA security business, according to reports.

The organisation, which was founded in 1982, came under the Dell Technologies umbrella as part of Dell’s merger with the EMC Federation back in 2015.

Since then, it has continued to operate under its own brand, although unlike VMware it’s wholly owned by its parent company.

According to The Wall Street Journal, a $2 billion (£1.5 billion) deal with private equity firm STG Partners is on the table and could be finalised as early as today. According to Dell Technologies, RSA boasts 30,000 customers in industries ranging from financial services to consumer goods.

The news comes just six days before RSA’s annual security mega conference kicks off in San Francisco. The event typically draws thousands upon thousands of security professionals from around the world.

IT Pro contacted Dell Technologies for comment but hadn’t received a response at the time of publication.

This wouldn’t be the first time Dell sold off one of its business units to a private equity firm. In June 2016 a deal of a similar size saw the company’s software division – including another security asset, SonicWall, spun off to Francisco Partners and Elliott Management.

The move also comes just two years after details of a reverse merger of VMware leaked into the public sphere. That deal was finalised in December 2018, returning Dell Technologies to being a publicly traded company.