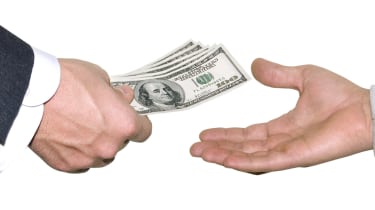 Xerox has made its next move in efforts to take over rival HP, launching a tender offer to acquire all shares that remain in the hands of shareholders.

This is the latest in a saga that started before Christmas, with the printer maker initially making a proposition for a friendly takeover. When HP rebuffed its overtures, saying the $30 billion offer “significantly undervalues HP and is not in the best interests of HP shareholders”, Xerox decided to pursue a hostile acquisition instead.

Subsequently, Xerox is understood to have been “wining and dining” HP shareholders, in an effort to win them over to the idea of the takeover.

The announcement of the plan to acquire HP’s remaining public stocks doesn’t come as a surprise, with the company announcing its intention to do so approximately three weeks beforehand.

In the meantime, however, HP has sought to steal the march on its would be acquirer, announcing its own stock buyback plan in late February as part of a broader plan to “streamline” the business that began in October 2020.

“Our three-year financial targets reflect a company at the top of its game, combining the industry’s best innovation with disciplined cost management and aggressive capital returns to support a compelling investment in both the short and long term,” said HP’s president and CEO, Enrique Lores, at the time.

“Our commitment to HP shareholders is unwavering and it’s abundantly clear the revised Xerox proposal meaningfully undervalues HP, creates significant risk and compromises the future of our company.”

Of this latest manoeuvre, John Visentin, vice chairman and CEO of Xerox, said: “Our proposal offers progress over entrenchment. HP shareholders will receive $27 billion in immediate, upfront cash while retaining significant, long-term upside through equity ownership in a combined company with greater free cash flow to invest in growth and return to shareholders.”

There is a ticking clock against this offer, though, with Xerox setting an expiry date of 21 April 2020 for HP shareholders to sell their shares, although the company’s statement does offer the dangling possibility of an extension to that deadline