Softbank is reportedly mulling a sale of ARM 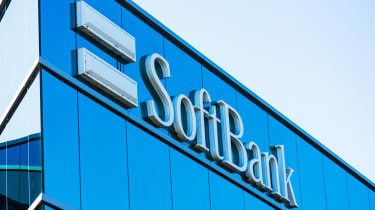 SoftBank is reportedly considering selling or holding a public offering of British chipmaker ARM Holdings, which the company bought in 2016 for £24 billion.

The review, advised by Goldman Sachs, was reported to be “at an early stage” by The Wall Street Journal. According to the publication, it's uncertain how much interest ARM could garner from financial or industry players, making it possible that SoftBank could ultimately do nothing.

The news reflects the recent financial woes of the Japanese conglomerate. In February, SoftBank reported an operating loss of 225 billion yen (£1 billion) to its Vision Fund for the last quarter of 2019. A year earlier, it had generated a 176 billion yen profit in the same period.

SoftBank’s group profit was reported to reach 2.6 billion yen (£18 million) for the quarter versus 438 billion yen a year prior, a plunge of 99%.

The major wipeout of the Vision Fund was partially attributed to unrealised losses in WeWork, which SoftBank bailed out in October 2019 by the Japanese company for around $1 billion (nearly £800 million). SoftBank also blamed its major loss on its investment in Uber, which had reportedly lost 8% of its stock market value since May 2019.

Reports surrounding the potential sale of ARM come less than a month after Apple officially announced that it would be abandoning Intel in favour of custom ARM-based Mac processors.

The custom-built chips are expected to equip Macs with similar features to Windows 10 on ARM machines, and also means that the entirety of Apple's device ecosystem will now use a common architecture. Apple has licensed technology from ARM for its iPhone chips since 2006.

It is not known whether Apple will express interest in a partial or full purchase of ARM Holdings, but a potential sale of the chipmaker is not likely to heavily impact the tech giant, and it's likely that ARM will remain part of the SoftBank enterprise.

At the time of SoftBank's £24 billion acquisition of ARM in 2016, the company's chairman and CEO Masayoshi Son called it “one of the most important acquisitions we have ever made”, adding that he  “expect[s] ARM to be a key pillar of SoftBank's growth strategy going forward”.