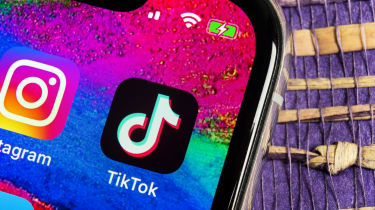 Microsoft is set to pursue a takeover of TikTok operations in the US after getting the green light from president Donald Trump, who had been mulling a ban for the Chinese social media app.

The Windows developer has confirmed it will shortly engage in discussions with TikTok owner ByteDance with a view to completing a deal by the middle of next month, after signalling it hopes to address the president’s concerns.

Trump said on Friday he was planning to ban TikTok, which has 100 million users in the US, over concerns that its Chinese owners represent a risk to personal data and security.

Following discussions with Microsoft, the president has given the company 45 days to agree to an acquisition deal, which would preserve services for US-based users ahead of the touted ban. Acquiring TikTok would give Microsoft a major foothold in the social media landscape, allowing it to compete with the likes of Facebook and Twitter.

The discussions between Microsoft and ByteDance will build on a notification made by the companies to the Committee on Foreign Investment in the US (CFIUS), with each providing notice of their intent to explore a deal.

Any acquisition would involve purchasing the TikTok service in the US, Canada, Australia and New Zealand, but not the UK, and would result in Microsoft operating the services in these markets.

“This new structure would build on the experience TikTok users currently love, while adding world-class security, privacy, and digital safety protections,” the industry giant said. “The operating model for the service would be built to ensure transparency to users as well as appropriate security oversight by governments in these countries.

News of a US takeover comes as TikTok may be allowed to build a London headquarters, with an investment cementing the Chinese social media app’s presence in the UK, with plans set to be unveiled in the coming days, according to the Sun.