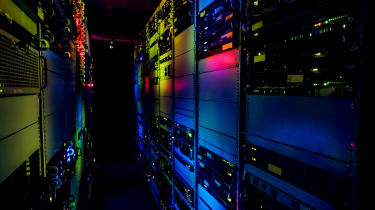 HPE has unveiled the first products released under the HPE Cray umbrella brand more than a year after its $1.3 billion acquisition of the supercomputing giant.

The HPE Cray EX supercomputer and HPE Cray supercomputer comprise the first units of hardware released under the new brand and aim to tackle the challenges of data growth and the need for companies to scale-up operations.

The company has released the new supercomputing line in response to what it has coined the challenges of the ‘Exascale Era’. This mantra demands that only the most valuable insights are extracted from rapidly growing volumes of data that need to be processed.

Supercomputing, in light of this new era, requires a broader set of analytical methodologies to be applied to data in a coordinated fashion, and not just about building the largest machines that only the largest labs can use.

“This new era of computing is entirely different. It isn’t about single, gigantic supercomputers or specific, one-of-a-kind technologies,” said senior vice president and GM of HPC and mission-critical solutions with HPE, Peter Ungaro.

“This new era is born of the massive growth in data and the need for converged use of modelling and simulation with AI and analytics in applications and workloads to power discovery and digital transformation in enterprises of all shapes and sizes. It encompasses a host of new requirements for both research and commercial institutions alike. And it will deliver insights and innovation on a scale never before seen.”

The HPE Cray line is based on a combination of technologies from the two companies, following completion of the integration process, including new capabilities from Cray’s Shasta architecture.

The HPE Cray EX supercomputer targets organisations that want the highest density and efficiency, liquid-cooling cabinetry, that supports liquid cooling of all components in a dense bladed configuration. The cabinets contain eight chassis, each of which supports up to eight compute and eight switchblades.

The HPE Cray supercomputer, meanwhile, is a standard 19in rack configuration that gives flexibility for smaller and air-cooled systems. The platform is currently based on the Apollo 2000 Gen10 Plus with four AMD EPYC 7002 nodes in a 2U compute server, with HPE Cray software and HPE Slingshot networking pre-installed.

The acquisition of Cray, a specialist in high-performance computing (HPC), represents the company’s second move after having bought SGI in 2016.