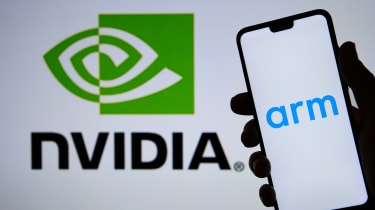 Nvidia is more likely to move parts of its operation to the UK, rather than take Arm out of Cambridge, the CEO of techUK has said.

The comments dismiss growing concerns among MPs that the sale of Arm to Nvidia could see Arm’s holdings and many of its jobs move out of the UK.

Nvidia’s CEO Jensen Huang has previously said his company will look to invest in Arm’s HQ, proposing research centres and a supercomputer facility, however, many are still concerned that one of the country’s most valuable technology businesses is at risk.

Both MPs and industry experts have called on the UK government to intervene and put measures in place that will protect Arm’s business and its workers from potentially being lifted out of its base in Cambridge.

However, Julian David, CEO of tech trade association TechUK, said that Nvidia will rely on the expertise of the Cambridgeshire chip giant and that it’s more likely that Nvidia will move parts of its business to the UK to take advantage of local talent.

“They’re paying a big price for it, so why would they acquire it and shut it down? It's pretty clear, they haven't done that,” he explained, in an interview with IT Pro.

David argues that the deal will likely be similar to that of Google’s acquisition of DeepMind, the UK AI tech startup that was sold in 2014 but has largely remained a British-based operation.

“So often you see that the big international mission will actually move to the new location,” David said. “If we get too worried about this, I would say take a look at Israel, because the Israeli tech industry pretty much has a model of start and grow and sell. It doesn't take itself away from Israel and what you actually see if you go, is all the big international players, including the Asian ones, have all invested in Israel.”

That model is available to the UK, according to David, provided it remains an attractive place to invest and grow technology companies with a good supply of skills and innovation.

The comments follow news that Arm plans to use ‘firewalls’ to protect confidential customer data from its new parent company, effectively blocking any attempts to prematurely access information on Arm’s biggest clients.

In September, Nvidia offered to sign legally binding assurances that UK jobs would be safe following the takeover, in a bid to stave off mounting concerns.

Despite the offer of these assurances, the government remains under immense pressure to review the deal, particularly business secretary Alok Sharma.

In a letter to Sharma on Thursday, Darren Jones, the chair of the business select committee, asked for more details on the UK's efforts to investigate the deal, stating that a "series of concerns have been raised regarding the future of Arm in this country, of thousands of jobs in the UK, and its role in the UK technology industry".

"I hope that the secretary of state will be able to provide some clarity on these issues and offer some reassurance that every effort is being made to safeguard the success of Arm in the UK," added Jones, as reported by the Guardian.

UPDATE: This article originally stated that MPs had rejected assurances from Nvidia. This was inaccurate and the information has been changed to reflect this.