We examine how the major and minor UK parties are pledging to boost skills, invest, and regulate tech giants 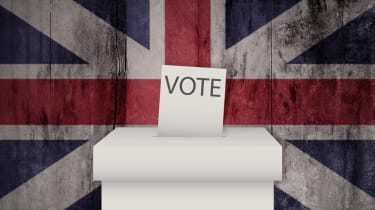 Politicians are normally painted as an old fashioned bunch who don't really understand the digital world. In 2019, however, the UK’s main political forces are openly sharing ideas about networking, AI and digital skills in the run-up to the general election.

With less than a week to go until the polls open, the campaign has been dominated by topics like public services and Brexit. There are issues pertinent to the tech sector, however, that have flown under the radar. We’ve combed through the manifestos to pick out the best, worst, vaguest and wildest policies on offer.

It’s not surprising that Labour pins the blame for the skills crisis squarely on the successive Conservative governments that have held power for the past nine years. There is, after all, a widening gap which seems impossible to overturn despite government efforts and it’s a shame that it’s barely recognised.

The apprenticeship levy has come under fire, however, from all parties for not having effectively expanded in-work learning. The Liberal Democrats and Conservatives both say they’ll improve the scheme, with the latter party also pledging to ‘reboot’ the training system with a £3 billion national skills fund. This comes alongside pledges to expand the number of Institutes of Technology to 20, and invest £2 billion in upgrading further education colleges.

Labour will also reform the levy so employers can spend this on a wider range of accredited training opportunities, with 25% of funds allocated to training climate apprentices, which the party terms “the STEM of the future”. It forms one aspect of a package of reforms that aim to provide opportunities for lifelong learning.

The changing nature of work has also moved the Lib Dems to introduce a lifelong skills wallet worth £10,000 to support upskilling, with employers and workers able to add to this over time. The Greens, meanwhile, plan to plough billions of pounds into a green industrial revolution that, it claims, would generate job opportunities and skills programmes.

Although the Brexit Party offers little on skills, the entity from which it emerged, UKIP, would seek to build a set of cyber training academies across the country. These institutes would allow SMBs and individuals to learn digital skills, and aims to keep the UK at the forefront of cyber security and cloud-based tech.

Labour’s free broadband pledge has been the most eye-catching policy from the 2019 campaign, described by the CBI as a “bolt from the blue”. This involves the nationalisation of Openreach and nationwide full-fibre coverage by 2030.

All major parties purport to have a plan to close the alarming full-fibre gap between the UK and other advanced countries; coverage stands at roughly 8% here, versus more than 95% in South Korea and 70% in countries like Portugal and Spain.

The Tories, having set a target for full-fibre coverage by 2033 under Threresa May’s leadership, moved this forward to 2025 when Boris Johnson took charge. This was dropped once it became apparent it wasn’t achievable on current terms, but has been mysteriously revived as a manifesto commitment.

The Scottish National Party (SNP) has pledged to pressure the UK government for a bigger slice of funding for rollout and more attention diverted to Scottish projects, while Plaid Cymru aligns with Labour in its plans to run a publicly-owned Welsh full-fibre infrastructure company to ensure full coverage by 2025. The Democratic Unionist Party (DUP) will support any plans to roll out nationwide full-fibre infrastructure. The Liberal Democrats, Greens and Brexit Party also aim to ramp up connectivity, with the lattermost also offering a free basic broadband service in deprived regions.

UKIP, meanwhile, will put a stop to 5G rollout in light of a recent wave of health scares, until the technology is tested to ensure the high-energy microwave transmitters are safe for humans, animals, plants and microbes. Only if 5G is deemed safe would this be extended to remote regions as an alternative to full-fibre.

Clamping down on ‘Big Tech’

The Digital Services Tax (DST) proposed by the previous government, will go ahead as planned under a new Boris Johnson government, despite pressure from the US to drop plans for a 2% levy on tech company revenues.

Regulating the likes of Google and Facebook is an area in which all parties, from the SNP to UKIP, have reached a consensus, with differences only in remit and strategy. There’s an overarching understanding that government has a much bigger role to play in policing online discourse.

The ‘Online Harms’ white paper, released earlier this year, outlined the need for a statutory regulator with powers to punish internet giants for failing to take down misleading, harmful and extremist content. Labour would go much further than this by cracking down on “the monopolistic hold” tech giants have on advertising revenues, with any funds generated diverted into supporting local newspapers and media outlets.

The Lib Dems, meanwhile, put forward the most comprehensive plans of all parties, including a mandatory code that instills ethical considerations into the development of products and services that use personal data and AI. Under these plans, for example, the Centre of Data Ethics and Innovation would be given the power to ‘call in’ products that breach the code.

While the Conservatives pledge continuity with a national setup that has more or less kept up with the pace of cyber crime, Labour is planning to overhaul the relationship between the government and our cyber defence network.

The role and remit of the National Cyber Security Centre (NCSC) would be reviewed, with the security service given auditing powers, as well as the capacity to issue warnings private and public sector organisations, and designate risk. The role of the National Crime Agency (NCA) would also be reviewed and could be supported with a new national strategy on cyber crime and fraud. Most eye-catching are plans to appoint a fully-fledged cyber minister charged with overhauling defences and regularly reviewing UK cyber readiness.

Where the Tories would shake things up most is by creating a National Cyber Crime Force, as well as a National Crime Laboratory. The details are thin regarding what shape these bodies would take, as well as their relationship with existing agencies like the NCSC. Police officers, meanwhile will be empowered to use new technologies like biometrics and AI, along with the use of DNA, within a strict legal framework.

There’s little else across the other manifestos barring a commitment from Plaid to work with the UK government, and UKIP’s pledge to create thousands of cyber security jobs by reforming investigative techniques.

The state of employment as we move into 2020 and beyond will become a huge focus, especially in light of automation. Labour’s research into the benefits of a four-day working week would, for example, are a sign of things to come. Among the issues facing many workers today, however, is the extension of IR35 rules into the private sector, due to kick in from April.

Claims made during an election should be taken with a pinch of salt, but the opposition parties are collectively opposed to the IR35 extension as things stand, with both Labour and the Brexit Party pledging to scrap the controversial rules for the private sector ahead of the rollout date. The Lib Dems have pledged to review the tax reforms.

The Conservatives have also followed suit with Sajid Javid recently suggesting in an interview with BBC Radio 4’s Money Box that a whole raft of tax measures will be subject to a much wider review including, of course, the IR35 changes.

All parties are beginning to make the right sounds in areas pertinent to UK tech, from the skills crisis to cyber security, but it all seems more of an incoherent splurge of ideas than anything amounting to an orchestrated strategy.

Labour and the Lib Dems, for instance, do boast a handful of game-changing policies that will be viewed as either a breath of fresh air, or inherently risky, depending on your view. Besides, according to the most recent polls neither party is likely to form the next government. The Conservative Party, meanwhile, will look to tweak around the edges of its tech-focussed agenda and rectify policies that have fallen short of expectations, but EU withdrawal could yet throw these plans out of kilter.

Indeed, it’s impossible to cover this general election without mentioning Brexit. While the skills crisis, networking, cyber security and tech regulation all matter, this is an area that’s critical to the continuity of all businesses, let alone just the UK’s tech sector.

There’s also a level of risk apportioned to the plans of all major parties, according to independent experts. It’s because of the sheer level of uncertainty - and questions over whether certain aims can be achieved - that the prospects for UK tech under any government moving into 2020 are rocky.