TLA: From Brexit to the coronavirus, startups need more support

Just as its future out of the EU began to take shape, a global pandemic has landed the UK in another period of uncertainty 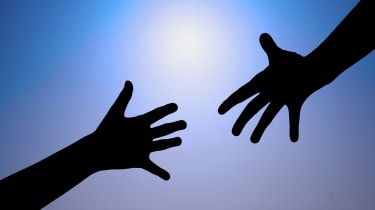 This article originally appeared in April's edition of IT Pro 20/20, available here. To sign up to receive each new issue in your inbox, click here.

At the start of the year, it looked like nothing would topple Brexit and its potential effect on our businesses, jobs, and freedom of movement as the topic on everyone’s lips.

Four months into 2020, however, and something bigger has come along and disrupted our way of life – the COVID-19 coronavirus pandemic.

Despite the UK’s decision to leave the European Union (EU), its digital industry still attracted record levels of investment and produced a number of high-profile ‘unicorns’. The reports and news stories often masked an underlying uncertainty from within the sector, however, particularly over access to talent.

Now, with the world in lockdown, jobs are being furloughed or lost, businesses are scrambling to save their bottom lines and everyone is looking to their respective governments for an answer.

While countries around Europe have tried to save businesses large and small, early-stage tech startups have a very specific problem. In the UK, many are still yet to turn a profit, due to a range of circumstances, and as such, are not eligible for the government’s £330 billion support package.

There is obviously no ‘good’ time to have a pandemic, but the outbreak of COVID-19 following the biggest political and economic shifts in our lifetime is not ideal. For Russ Shaw, the founder of Tech London Advocates (TLA), it has plunged businesses into ‘survival mode’.

“Let's put it this way, since the middle of 2016, we have put our startups and scale-ups under enormous pressure, with all kinds of market uncertainty for three years,” Shaw tells IT Pro. “The election last December eased a lot of that uncertainty because we at least had clarity about what's going to happen through Boris Johnson and the Conservatives winning a significant majority.

“I think a lot of the startups and scaleups I spoke to didn’t necessarily want to leave the EU, but at least they knew what direction they were going in, there were some timetables in place and so on. So, from the middle of December to February, there was more certainty in the marketplace, things were picking up, the funding certainly was there. We had a record level of investment going into UK tech in 2019 and then boom, here we go, we're in a massive period of uncertainty yet again.”

Early-stage tech startups are among those bearing the brunt of this uncertainty, with many of the UK’s most prominent loss-making firms writing to the chancellor, Rishi Sunak, in early April to ask for financial support. This included high-profile firms like Darktrace and Benevolent AI, which argued that without it the whole tech sector would be at risk.

The IT Pro Podcast: Can tech survive Coronavirus?

COVID-19 is sweeping the globe, but how much will it affect the tech industry?

The government seems to have listened and a new ‘Future Fund’ has been announced. Small and medium-sized businesses (SMBs) that have managed to raise at least £250,000 in equity from a VC can access convertible loans of between £125,000 and £5 million – which is similar to the package the French government launched in March.

“Despite trailing behind some of our European counterparts, the Future Fund is a vital lifeline that will give UK start-ups a sense of certainty in a turbulent economic period,” Shaw says. “The conversion of debt into equity will ensure that early-stage businesses are not too debt-laden and match funding with private investors is also an important ingredient.

“Time is of the essence and although a scheme launched by May is very welcome, there are many early-stage businesses that have more immediate needs. To complement the Future Fund, it’s crucial that the government also leans on existing schemes to address this.”

One potential scheme that startups can look at, according to Shaw, is the government’s Research & Development (R&D) Tax credit programme, as many of the types of tech businesses that TLA speaks to could likely qualify.

Another source of financial help is Innovate UK, which awards grants to startups, particularly in the digital and technology space. TLA is keen to encourage SMBs to apply for these grants and for them to be expedited, as British startups are looking at perhaps the biggest period of economic uncertainty since the Second World War.

For four years, it seemed the UK’s exit from the EU would be what defined the future of business in the country for years to come. But in just two months, the spread of COVID-19 has overshadowed it almost completely. While SMBs – and indeed organisations of all sizes – mustn’t lose sight of the fact that Brexit is still scheduled to happen in December, the need for government support in the face of unprecedented uncertainty and rapid change has never been more pressing