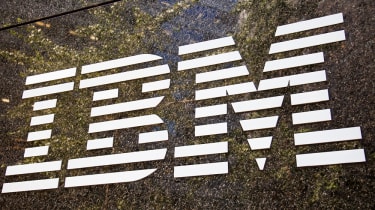 IBM has posted its first revenue growth in almost six years, with gains in its mainframe business and cloud services helping to end a 22 consecutive quarter streak of declining sales.

Quarterly results posted on Friday showed a modest increase of 4% overall, thanks largely due to a rise of 32% within its systems arm, which includes the recently released IBM Z mainframe, and a 30% jump for its cloud division.

The gains allowed IBM to generate $22.54 billion in revenue in the last quarter, although this contributed to a rise of just 4% when compared with the previous period and may not be enough to persuade analysts the company has turned a corner.

Following Ginni Rometty's appointment as IBM chief back in 2012, the company has pivoted towards what it calls "strategic imperatives", a shift from traditional hardware businesses in favour of emerging markets such as software services, cloud, and analytics.

These now make up 46% of the company's revenue. However, the company has so far only managed to replace the slowly declining revenue from its legacy business, and has stagnated as a result.

For the first time in almost six years the company reported operating earnings above predicted estimates, rising 8% to $5.18 per share.

However, the company's report was skewed thanks to the recent tax overhaul enacted by President Trump, as a chunk of IBM's profits have traditionally been kept outside of domestic corporate tax laws set at 35%.

As part of the new deal, corporations have been granted the opportunity to pay a one-off bill to bring their profits under US tax laws. As a result, IBM paid $5.5 billion to repatriate its profits, resulting in a $1.05 billion loss in the quarter - although it's not clear how much of its profits will now be taxed domestically.

One potential green shoot for the company may be in its burgeoning cloud business, which accounts for 21% of IBM's revenues, up 10% in the last four years. The company is ready to take advantage of recent infrastructure investments, having opened eight new datacentres in 2017 alone.