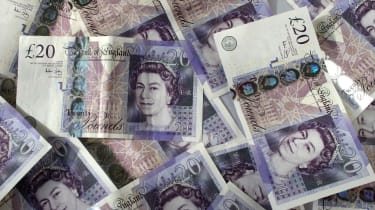 Britain wants a trade deal with the US, but says a digital tax remains vital despite American opposition.

That's the message from business minister Andrea Leadsom, who said in an appearance on a radio show that the planned 2% tax on digital companies won't disrupt trade negotiations with American officials, thanks to the "strong and deep relationship" between the two countries.

“There are always tough negotiations and tough talk but I think where the tech tax is concerned it’s absolutely vital that these huge multinationals who are making incredible amounts of income and profit should be taxed and what we want to do is to work internationally with the rest of the world to cover with a proper regime that ensures that they’re paying their fair share," she said, reported Reuters.

In 2018, the government introduced the idea of a 2% tax on the UK revenue of tech giants that were profitable and made at least £500 million in sales globally, as part of plans to address legal tax avoidance enabled by their corporate structures and digital products. That digital service tax is set to come into force in April.

The EU considered its own version of that tax, but after stepping back other countries have looked to introduce their own. France was set to start collecting its 3% digital tax in April as well, but has pushed it back after threats from the US — where most of the tech giants who face the tax are based — that included retaliatory tariffs on French products such as champagne and cheese.

France has set aside its own digital tax to work on a global version, with US officials saying they hope Britain and Italy, which is also introducing its own tax, would do the same.  French Finance Minister Bruno Le Maire said on the sidelines of Davos that he remained positive that a global digital tax deal could be reached with the US. “We are moving in the right direction,” Le Maire told Reuters.

The French digital tax was slammed by some in the local startup industry, saying it would stunt growth in burgeoning companies. However, the French tax would only apply to large companies with more than €750 million and French sales of €25 million. Amazon has suggested the costs could simply be passed on to small businesses selling via the site.