Could Jack Dorsey’s job be on the line? 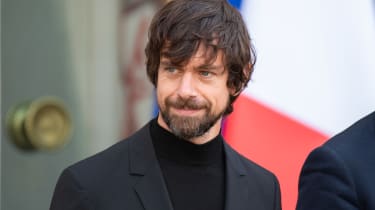 Twitter has been through plenty of controversies recently, and so has its CEO, Jack Dorsey. Last week, Dorsey saw his seat heat up when activist investor Elliot Management built its stake in the company to $1 billion in common stock and economic equivalent. This pushed Elliot’s stake in the company at 4%.

What’s not so great about this partnership for Dorsey? Elliot has already voiced its concerns about the half-time CEO, who is also the chief executive at Square, and seemingly wants him gone sooner than later.

The saving grace for Dorsey, for now, was yesterday’s introduction of Silver Lake as a $1 billion investor. In the resulting agreement between SilverLake, Twitter and Elliot, the group will install three new directors: Elliott’s head of U.S. activism, Jesse Cohn; co-chief executive officer of Silver Lake, Egon Durban; and a third party to be named later. The deal also includes the retention of Dorsey as Twitter CEO and the creation of a leadership and governance review committee.

Dorsey’s safe, for now, but he has an uphill battle

Elliot clearly wanted Jack Dorsey out as CEO, citing his splitting time between Twitter and Square as one of its key reasons. For now, this partnership keeps Dorsey’s job safe, but it will be an uphill battle.

The partnership includes tough short-term goals, including “growing its monetized daily active users in 2020 and beyond by 20% or more, accelerating revenue growth on a year-over-year basis and gaining share in the digital advertising market,” according to Bloomberg.

If the company underperforms and misses these goals, Dorsey could still get the boot.

More information on Twitter’s future performance goals and the new partnership will come during an analyst day in the autumn.