IT job vacancies fall by a fifth globally 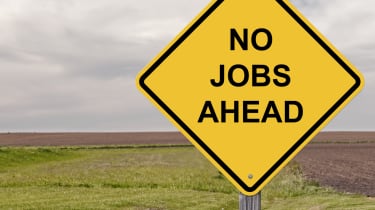 The IT sector is at the forefront of a global decline in job vacancies that has also hit engineering, legal, hospitality, and manufacturing, following a global economic downturn sparked by the spread of the coronavirus.

An analysis of live vacancies over the past month found that IT has been the worst hit by the downturn, with job vacancies dropping by more than a fifth (-21.7%) since the beginning of March, according to job search engine Adzuna. Not far behind was the HR and recruitment industry (-20%) and the engineering sector (-17.5%).

In the UK, job postings have dropped by 17% alone over the past fortnight, with hospitality, manufacturing and trade roles being the most affected. Vacancies in the UK IT sector fell 13.4%.

“The last few weeks have been incredibly difficult, we have sadly seen infections increase across the globe and drastic measures put in place to prevent the spread,” said co-founder of Adzuna, Doug Monro. “This level of uncertainty, coupled with physical restrictions in movement, has caused an alarming drop in vacancies across the majority of industries, although some like healthcare and delivery-based sectors are growing.”

Two years ago, job vacancies in the IT industry were up by almost 30% for the first quarter of 2018. IT also had the second-biggest quarterly growth rate for job applications, with a 37.7% increase. The same year, it was also predicted that by 2020, the implementation of artificial intelligence (AI) into workspaces would create 2.3 million jobs (while also scrapping 1.8 million).

However, the spread of the coronavirus has been an unforeseen crisis that has forced many businesses to adopt remote working practices and cut down on expenditure, including the hiring of new staff.

For example, Italy, the country with the largest number of coronavirus-related deaths, has been in complete lockdown for over a week, resulting in an over 40% drop in job vacancies. Behind Italy is Austria on 29%, New Zealand on 27.5%, Brasil on 23%, and Australia on 20%, with the UK in sixth place.

“While it remains to predict the long term effects the virus will have on the economy and the job market, we hope to see employers supporting their staff with flexibility and paid time off to help them through this,” he added.

Monro also said that in the last few days Adzuna has seen “short-term drops in organic candidate traffic” of as much as 40% in European markets.