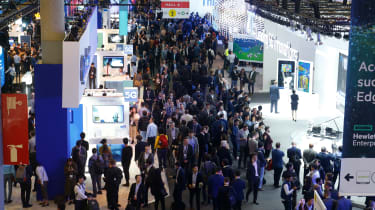 The GSM Association (GSMA) has announced the cancellation of this year’s Mobile World Congress (MWC), citing the coronavirus outbreak as the main reason behind the decision.

The news comes after cancellations from major exhibitors such as Sony, Amazon, and LG. MWC was supposed to take place between 24 and 27 February in Barcelona, Spain. In its 14-year history, the annual event has never been cancelled before.

In a statement from the association, GSMA CEO John Hoffman expressed his regret for the cancellation.

“With due regard to the safe and healthy environment in Barcelona and the host country today, the GSMA has cancelled MWC Barcelona 2020 because the global concern regarding the coronavirus outbreak, travel concern and other circumstances, make it impossible for the GSMA to hold the event,” he said. “Our sympathies at this time are with those affected in China, and all around the world.”

Hoffman added that the Host City Parties “respect and understand GSMA’s” decision, and that they would “continue to be working in unison and supporting each other for MWC Barcelona 2021 and future editions”.

CCS Insight chief of research Ben Wood said that the GSMA “has been a victim of circumstances out of its control”.

“The impact on small companies who have invested a disproportionate amount of their budgets and time on this event should not be under-estimated,” Wood added.

“MWC is an anchor event for many and now they face the challenge of having to figure out what the best way to salvage something from this difficult situation.”

Apart from leading to the cancellation of MWC, the coronavirus took a heavy toll on China’s tech industry, threatening tech manufacturing and sales.