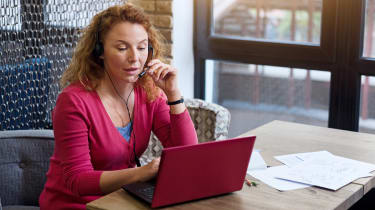 Skype has launched 'Meet Now' calling, a Zoom-like feature that lets users join video call meetings without having to sign-up or install the app.

The CIO’s guide to workplace experience

The new feature, which launches as Microsoft scrambles to reclaim users from rival Zoom, can be used by both Skype contacts and those who do not have an account, discarding the need to set up a profile and expanding the application’s reach to potential new customers.

The company also said that hosts, who don’t even need to have Skype installed, can create and share a free meeting with just three clicks. If the invitee has Skype installed, the app will launch directly to the call. If they do not already use the service, the call will be opened through the Skype web client that works in Chrome or Edge.

"Generate your free unique link with one click, share it with participants and enjoy unlimited meetings with Skype," Microsoft says. "Full set of features at your disposal. Your meeting link does not expire and can be used anytime."

The launch of ‘Meet Now’ can be attributed to the surge in popularity of Skype rival Zoom, which has seen its user base surge to more than 200 million a day during the COVID-19 pandemic as employees around the world are forced to work remotely.

Zoom’s popularity can likely be credited to the way that the app makes it fast and uncomplicated to share and join meetings. However, in recent weeks it's been revealed that this easy ease of use comes at a cost; the FBI issued a warning about “Zoom-bombing” and SpaceX banned the application over security fears.

Skype had also been the subject of controversy. Last year it was revealed that contractors working for Microsoft were reportedly listening to personal calls made using the app's translation function

In July 2019, Microsoft announced that it was calling time on Skype for Business Online as the company decided to shift the focus to Microsoft Teams instead.