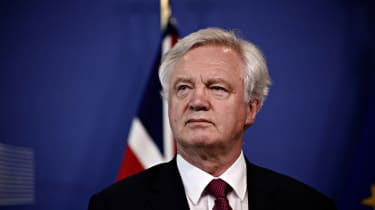 David Davis MP has urged the government to block China's bid for Imagination Technologies and to consider selling it to a Western purchaser instead.

The UK-based semiconductor supplier had been summoned by MPs to answer questions relating to its sensitive security software and its potential transfer of ownership to China Reform Holdings, which is thought to be significantly controlled by the Chinese government.

The controversy surrounding this decision stems from the probability of the firm’s intellectual property (IP) and patents being exfiltrated from the UK.

Davis told Reuters that the attempts to “export the technology base from here to China” are “inappropriate”.

“The government should be seeking every mechanism available to them to prevent this removal of our technology - full stop,” Davis said, adding that the purchase of Imagination Technologies should be made “by somebody else in a Western country”.

The former CEO of Imagination Technologies, Sir Hossein Yassaie, had also urged ministers at the Department for Digital, Culture, Media and Sport to intervene in the company’s potential relocation.

According to Sky News, Sir Hossein informed MPs of his suspicions that “the Chinese actions are heavily or even totally political and even suggest they thought they can use COVID cover and do their deeds whilst our government is dealing with that crisis”.

He reportedly also asked the government to reinstate Ron Black to his function of CEO at Imagination Technologies. Black and other senior executives stepped down last week amid rifts concerning the future and proprietorship of the Hertfordshire-based company.

Black was replaced by Ray Bingham, executive chairman and partner at Canyon Bridge, which bought Imagination Technologies in 2017.

Last week, four senior MPs who chair prominent select committees had written a letter to Boris Johnson, urging the PM to ask GCHQ to assess the security implications of any company board changes. The MPs also sought the assurance that Imagination will still operate as a British and UK-based company.