Intel appoints former HP CEO to board of directors

Dion J. Weisler is to serve as an independent director and member of the compensation and finance committees 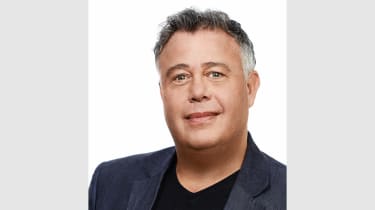 Intel has announced its decision to elect former president and CEO of HP Dion J. Weisler to the company’s board of directors. Weisler is to serve as an independent director and member of the compensation and finance committees.

Weisler previously held senior executive roles at HP and Lenovo, where he managed operations in Asia Pacific and globally respectively. In 2015, he was appointed president and CEO of HP, a position he held until May this year, while also serving as a director on the boards of Thermo Fisher Scientific and BHP.

Intel chairman Omar Ishrak said that the company is “excited to welcome Dion to the board”.

“He brings a deep understanding of the Intel customer experience and a wealth of technical industry knowledge spanning client, cloud and network computing. Dion also shares Intel’s strong commitment to corporate responsibility, having championed diversity and inclusion as well as sustainability while leading HP.”

Intel usually designates between nine and 15 board members, currently having 10 members on the board.

Commenting on his appointment to the board, Weisler said: “Having admired Intel for more than three decades as the company that fueled compute as we know it, I’m honored and excited to join them as they transform to capitalize on new markets fueled by the incredible growth of data and intelligence.

"Their rich entrepreneurial culture, unique innovation and scale positions Intel to drive a positive global impact for decades to come," he added.

The news comes days after prominent chip design specialist Jim Keller had announced his resignation from Intel after only two years, citing personal reasons. He was known for serving as Intel's senior VP in the Technology, Systems Architecture and Client Group, as well as the general manager of the Silicon Engineering Group.