Earnings report roundup: All the winners and losers of the 'coronavirus quarter'

Who has been able to weather the pandemic best? 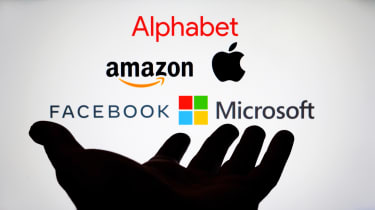 The first half of the year has, by all accounts, been horrendous for many businesses across the world due to the effects of the coronavirus pandemic.

The tech industry hasn’t been immune to those effects, but the picture is certainly mixed, with many companies, particularly those involved in video conferencing and cloud computing, performing well above expectations against normal times.

We’ve rounded up the major ups and downs across the breadth of the tech industry, tracking financial performance over the last three months.

The industry giant has reported an earnings rise of 40% during the last quarter, equivilent to revenue of $88.9 billion. This includes 29% AWS growth, although it's the slowest quarter of growth recorded for the public cloud arm since 2011.

The chipmaker has celebrated a record quarter, with a 26% surge in revenue against the same period last year, recording $1.93 billion in sales versus $1.53 billion in 2019. This growth has largely been based on record notebook and server revenue.

The iPhone manufacturer reported Q2 earnings of $59.7 billion, far exceeding expectations and initial forecasts, driven predominately by the sale of hardware, and profits from services. This success has bolstered the company’s standing, with investors undeterred despite reports the iPhone 12 will be delayed beyond its previously touted September launch.

Facebook’s Q2 earnings were delayed due to the firm’s CEO Mark Zuckerberg appearing at a congressional hearing this week. Based on an earnings preview, Facebook estimates its revenue for the last three months was approximately $17.3 billion, suggesting an increase of between 2.5-3% against the same time last year.

The financial services technology company recorded its strongest quarter on record, with a 25% increase in revenues against the second quarter of 2019, equivalent to $5.26 billion. Total payment volume, meanwhile, was $222 billion, a 29% year-on-year boost, and a dozen billion dollars more than analyst predictions.

Perhaps boyed by its Huawei settlement, with shares rising in the aftermath of the announcement, Qualcomm will also be encouraged by performing better than expected during the previous quarter. The company posted evenue of $4.89 billion between April and May, although this is still a monumental 51% year-on-year drop from $9.64 bllion recorded during the same period of 2019.

Despite being pipped by Huawei to become the world’s largest smartphone brand, Samsung performed well during the last quarter, reporting a 23% bump in quarterly operating profit to $6.8 billion. This success was largely driven by a surge in DRAM memory chip demand.

The Taiwanese manufacturer has recorded an explosive 81% net profit rise versus the second quarter of 2019, thanks in-large to a strong demand for faster chips. TSMC recorded $10.38 billion revenue during April and June, translating to $4.1 billion of profit.

Google’s parent company recorded $38.3 billion in revenue, within the boundaries previously forecast. This represents a slight decline on revenues of $41.16 billion during the first quarter of the year, and an even more marginal decline against Q2 2019 revenues of $38.9 billion. This is largely down to its "other bets" businesses posting losses.

Reeling from the recent ransomware attack, the IT services company has reported a 29% decline in profits. The company registered a net profit of $361 million between April and June, versus a profit of $509 million for the same period last year.

Amid lingering questions over whether a major systems outage was a result of ransomware, and whether the wearables manufacturer paid the reported $10 million ransom, the company wouldn’t have been heartened by reports of a 9% dip in revenue. The company reported Q2 revenue of $869.97 million, although sales in the firm’s fitness category were up 17%.

Despite recoding a 20% year-on-year revenue surge against Q2 2019 results, equating with earnings of $19.7 billion, trouble is certainly mounting for the US chipmaker. Amid delays to its 7nm CPU series to at least 2022, and a significant leadership reshuffle, the company has lost its place as most valuable US chipmaker to industry rival Nvidia.

The South Korean tech manufacturer has seen its profits dip by roughly 24%, largely as a result of the global pandemic. Revenue of roughly $10.7 billion between April and June also represents an 18% decline. It’s unsurprising, to some extent, given much of LG’s business relies on shipments of electronic hardware, such as home appliances and TVs.

Several months following the printing giant’s unsuccessful pursuit of HP, the company recorded revenues of $1.47 billion in revenue, a significant 35.3% year-on-year decline. This was against its $2.26 billion in revenues registered in the second quarter of 2019.