UK global tech exports to grow by a third by 2025

Growth in exports likely to create an additional £8.15 billion for UK economy, report 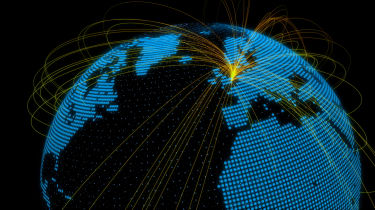 The UK’s global tech exports are predicted to grow by 35% in the next five years to £31.45 billion, according to a new report by Tech Nation.

The latest findings revealed that the value of tech exports is to increase by an additional £8.15 billion by 2025, despite potential inhibitors such as the coronavirus pandemic or Brexit.

According to the organisation, the UK digital tech services sector currently exports a much greater value of goods than they import, which last year led to a trade surplus of 55%, aproximately 7% more than the average trade surplus among the top 57 countries globally.

Last year, the UK was found to be the fifth largest digital tech services exporter in the world, at £23.3 billion, after India, the US, China, and Germany.

Commenting upon the estimates, Tech Nation’s chief executive Gerard Grech said that the UK "is a natural home for many scaling tech businesses".

"The UK is also third in the world for the number of UK tech unicorns, and number one in Europe. These factors give us a strong conviction that UK founders, government and industry leaders should all be gearing up to double tech exports by 2025, in the aftermath of both the pandemic and Brexit.

"By doubling exports, UK tech could contribute an additional £23bn to the economy per year by 2025 and move up the ranks to become a top global exporter of tech," he added.

The results mark a steady growth over the last four years, which led to the UK digital tech trade surplus to increase from £8.7bn in 2015 to £12.8bn in 2019 – a growth of 68%. This impressive performance has meant that the industry’s trade surplus is now the third largest in the UK, following Financial Services and the Insurance sector, at £43.4 and £16.9 billion, respectively.

According to Tech Nation’s Global Opportunities Index, a ranking of the best countries in the world for digital tech trading opportunities, the UK takes the second place behind the US – largely the result of the UK’s impressive online retail and e-commerce sales, which are valued at £688.4 billion.

The report argues that UK tech companies should be looking to the US, Israel, Canada, Germany and The Netherlands as the most attractive post-Brexit export markets, while also considering Brazil and Singapore as the fastest rising global opportunities for UK businesses to trade with.

"It's great to see our digital exports booming which will help create more jobs and opportunities for people up and down the country,” she said. "We are investing heavily in the nation's digital infrastructure as well as in people's digital skills which puts British firms in an unparalleled position to seize new, global opportunities on the horizon."