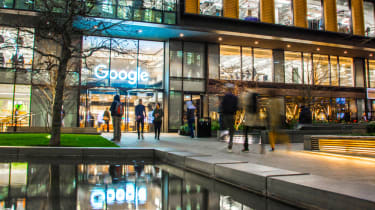 Google is reportedly set to lease an additional 70,000 sq ft of office space in London's Kings Cross despite telling employees to continue working remotely until at least July 2021.

The company is in advanced talks to lease two buildings near its 330 metre-long office near Kings Cross railway station, according to The Times.

That space, nicknamed the 'landscraper', is still in development and will have capacity for up to 4,000 workers. The building will be longer than the 310-metre height of the Shard, but will only stand 11 storeys tall. It will include a roof garden, a 25-metre pool, indoor basketball court and "nap pods" for tired Googlers.

However, the tech giant is also planning to take over an eight-year lease of two buildings from publishing firm Macmillan, according to The Times. This is reportedly around 70,000 sq ft - IT Pro has approached Google for confirmation.

The reports follow comments made by CEO Sundar Pichai that the firm would move to a 'hybrid' model that would incorporate both remote and in office working.

"We firmly believe that in-person, being together, having that sense of community is super important for whenever you have to solve hard problems, you have to create something new," he said in Time magazine.

"We don't see that changing. So we don't think the future is 100% remote, we definitely value our offices, we value the culture, but we do think we need to create more flexibility, a more hybrid model."

According to The Times, the firm has also agreed to extend a lease at the Central Saint Giles development near Tottenham Court road for a decade. The 160,000 sq ft building has access to gyms, free-for-all fridges and communal allotments, but its lease was due to expire in 2021.

However, not all Google plans are going ahead; the tech giant scrapped plans for a 2,000 worker office in Dublin earlier this month.