Huawei is reportedly in talks to sell Honor

The sale of the budget-conscious sub-brand could be worth as much as £2.9 billion 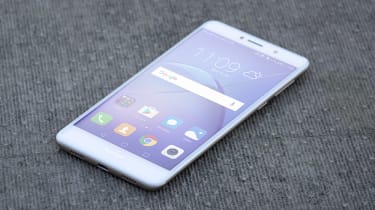 Huawei is reportedly planning to sell off its Honor smartphone business unit for up to 25 billion yuan (£2.9 billion).

Reuters reports that the Chinese tech giant is in the process of conducting talks with Honor’s main distributor Digital China Group, but is also considering other potential buyers, such as smartphone rival Xiaomi and Chinese electronics manufacturer TCL.

Although the sale is estimated to be worth as much as 25 billion yuan, one of the sources claimed that the deal might end up being as low as 15 billion yuan (£1.72 billion).

Honor was first launched in 2013 and has been largely independent from its parent company. Its smartphones are seen as a lower-priced alternative to Huawei, and cater to a younger and more budget-conscious audience.

According to research firm Canalys, Honor smartphones accounted for just over a quarter (26%) of the 55.8 million devices Huawei shipped in the second quarter of this year with 14.6 million smartphones sold.

However, one source told Reuters that, out of Huawei’s last year’s 70-80 billion yuan revenue, Honor was only responsible for less than 5 billion yuan in net profit.

The move to sell the business unit could also be influenced by the ongoing trade war with the United States. Huawei has already been hit with sanctions by the Trump administration which last month forced Huawei to halt smartphone chip production, and last week the US Commerce Department imposed restrictions on exports to Huawei’s chip supplier Semiconductor Manufacturing International Corp (SMIC), citing risks of military use.

Meanwhile, the UK government announced that it will remove Huawei equipment from the country's 5G network by 2027 on the grounds of national security.

TF International Securities analyst Kuo Ming-chi told Reuters that “if Honor is independent from Huawei, its purchase of components will no longer be subject to the U.S. ban on Huawei”.

“This will help Honor’s smartphone business and the suppliers,” he added.

IT Pro has reached out to Huawei for comment but had not received a response at the time of publication.