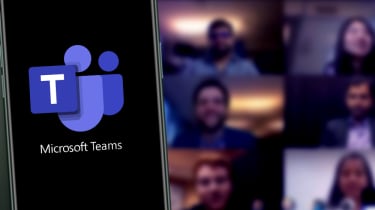 Microsoft reported its fiscal first quarter earnings on Tuesday, beating analyst expectations on the strength of its Azure and Teams businesses.

Microsoft's public cloud division increased by 48%, up from 47% in the previous quarter, as it continues to be the fastest-growing segment of its business. Microsoft doesn't disclose revenue from Azure in financial terms, but analysts had expected around 44% growth.

What wasn't expected was the growth in Microsoft Teams. At the start of the pandemic, the company reported 44 million daily active users - a figure disputed by rival firm Slack - but that increased to 75 million a month later as more and more people signed up during lockdown. Just six months later, however, that number has almost doubled to 115 million.

Only video conferencing platform Zoom managed higher numbers, recording 300 million daily active users earlier in the year, though a large number of those will be on its 'free' tier.

"Demand for our cloud offerings drove a strong start to the fiscal year with our commercial cloud revenue generating $15.2 billion, up 31% year over year," said Amy Hood, CTO of Microsoft. "We continue to invest against the significant opportunity ahead of us to drive long-term growth."

Such is the rate of growth in its cloud business, there is a suggestion that Azure might have overtaken Windows. Licensing revenue from Windows device makers declined 5% in the quarter, with licensing revenue for commercial devices tumbling around 22%.

Compared with the 4% decrease in the prior quarter, that is its worst performance in more than five years.

"Microsoft's earnings call is over, but an analyst on the call just suggested that the company's Azure revenue has overtaken Windows for the first time. That's huge if true. No wonder @satyanadella joked 'Should I call Windows... Azure Edge' earlier this year," The Verge's Tom Warren tweeted.