Don’t buy anything! Why you should lease your IT 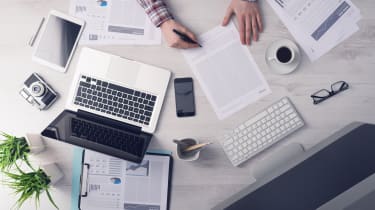 As great business ideas go, leasing is hard to beat. Rather than spending huge sums buying all your computing gear upfront, you can pay only for what you need, just as with your cloud resources, and take the cost out of each month’s operational expenses, not your capital budget. Indeed, it’s an idea that’s far from unique to the IT department: it works in any business that makes use of big lumps of equipment. For example, it’s quite unlikely that you have ever flown inside an unleased aeroplane.

Leasing does raise some questions, though, especially as the leased items themselves continue to evolve. For many decades it’s been perfectly normal to lease a coffee machine, but nowadays you’re leasing the software it runs as well as the machinery that handles the actual heating and dispensing. Traditionally intangible, non-capital items are creeping into sectors previously reserved for the purely physical. Should these be a separate type of lease from the stuff you stub your toe on? If so, why is the payment process so different?

To an MBA, a lease is just a way of converting illiquid assets into movable, usable cash. As a lessee, you’ll be appraised somehow before the lease is approved and, once the contract is signed, it will naturally impact on your overall ability to support other loans.

But you don’t have to think of a lease as a liability. Smart, streetwise entrepreneurs realise that leases can increase your ability to make money by more than they deplete your ability to get funded by a bank. You exchange reduced access to capital for an increased influx of operating cash: in banking jargon, you improve your overall liquidity by converting dry assets into fungible monies.

Getting approved for the leases you need brings us to the thorny and subjective matter of the Z-score. For sober statisticians, this is a mathematical measure of volatility. To financiers, it’s slang for flaky customers. I’ve heard it said that one practical way of measuring a client’s Z-score is to visit the premises a week after a loan is approved and count the Porsches in the car park. In these times, the Z-score is a constant worry – there’s a lot of pressure on banks not to wreck the economy with too much lending – and you might struggle to get a loan to buy IT gear.

This is another benefit of leasing. The lender is quite often the maker of the kit or supplier of the service, rather than a bank, and they’re likely to have a much clearer view of your industry, your company’s profit-making potential and your likelihood of default. A close, bilateral relationship between your equipment supplier can be a great way of effectively sidestepping a potentially problematic Z-score.

Lots of lease documents emphasise that the ownership of the item remains with the lender. You might end up taking absolute ownership at the end of the period, but this generally involves handing over a chunky sum, representing the depreciated value of the device in the lease company’s books.

This means that, in the meantime, you’re holding an asset that doesn’t belong to you – and, understandably, the lease owner needs to know that they will get their money back if your office burns down. The obvious answer is an insurance policy, but the situation isn’t as clear-cut as you might hope as some of the risk pertains to physical possession of the device, some to potential repair, some to its ongoing value and some more yet, indirectly, to factors under your control, such as your power supply, fire alarm and so forth. If you see a lease agreement that doesn’t include a good few pages on the topic of insurance, dig deeper and figure out exactly what might be expected of you. It is astounding just how many people are so swept away in the negotiation process that they end up signing a bad contract.

In some parts of the business world, a lease can involve a lot more than a few legal niceties. The franchising model might not apply to many readers, but it’s an instructive example. Most people assume that a franchise will include a territory, a set of business processes, some equipment and maybe a bit of training – and most do. However, many also have required levels of revenue to go with the required frequency of customer contact, handover of customer data and mandatory upgrade and replacement cycles. It’s a great deal for the franchisor, as the costs and risks are passed on to you.

While such all-encompassing agreements are rare in the IT sector, lopsided contracts are never going to go away. The most enduring instances of abusive lease contract wording are often found in the photocopier business – and, these days, photocopiers have ways of taking over your network almost completely. Shared printing, direct-address scanning, pooling, even document management, can all be swept up in a contract girded by rules about anniversary date renegotiation, high early-finish penalties and even exclusivity clauses that forbid you from using your own on-site staff to maintain and repair your leased hardware. Almost all old-school IT people will have stories about such iniquitous arrangements and, as usual, they’re worth listening to.

To make a lease contract work, it has to be profitable for the owner of the equipment – and that’s not you. The simplest way to do this is to recoup more than the original purchase price over the item’s leasable lifetime.

But what if the market you’re in moves faster than the duration of the lease? This might not be a regular issue in the sort of industries where you’re hiring cement mixers or airliners, but in IT it’s all too plausible. For example, think about the use of iPads in education. Most schools don’t have massive capital budgets, so when kitting themselves out with tablets, they have strongly preferred leasing, so as to shift the costs to the right part of their budgets.

Unfortunately, to an administrator who is more used to dealing with photocopiers and telephones, it’s easy to think of the iPad as another constant entity – and leasing contracts don’t normally include automatic intelligence about the obsolescence cycle of the leased asset.

As a result, many schools today are stuck with iPads that are many generations behind the curve, in terms of hardware and software compatibility. Some naive purchasers have found themselves parking their old leased tablets in a cupboard and dipping into the emergency budget to buy some newer ones. Of course, this could turn out to be an even worse idea, depending on whether the educational software marketplace has actually kept up with the capricious zephyrs of the upgrade cycle.

The issue is, again, much larger than IT. The large amounts of debt washing around the banking system are partly attributable to a similar approach on the part of governments wishing to fight wars. Some of the payments they’re still making a century later are for bits of military kit currently engaged in mouldering away at the bottom of the sea.

There is no absolute sin here. If you’re a systems developer or tester, your business might genuinely need short-term access to a wide range of devices, in ways that no lease package constructor could turn into a positive cash flow for themselves. But it’s a caution against the assumption that leasing is always good. There’s always a traceable rationale that leads to the conclusion of whether you’re in a lease-amenable situation or not.

One last point to make is that some leases come with attendant costs in addition to your regular payments. Certain companies that jumped at the idea of leasing a fibre-to-the-premises internet connection found that the deal came with several thousand pounds of trench-digging costs. As the expense was particular to their site, it wasn’t resellable or recoverable at the end of the lease, so the fibre provider couldn’t be expected to subsidise its cost. Such considerations can change the calculation as to whether a leased asset is worth it or not.

What should always be leased?

If an item is likely to have a second life after you’ve finished with it, it almost always makes sense to lease. Since the lessor doesn’t need to recoup its entire investment from you, it can work out cheaper for you than buying, and it’s less wasteful. This category is broadening as technologies with high component recovery potential become more widespread.

Here we’re very much talking about infrastructure as well as client devices, and things start to overlap with cloud services. It’s a long time since it made sense to own a web server, and once you’re leasing the hardware it’s only logical that it should be located in a data centre, and then perhaps it doesn’t need to be a physical server at all. Advantages such as containerised virtualisation, Docker, Kubernetes and the distinction between scale-up and scale-out mean that you are far better off using a virtualised, load-sensitive, infinitely expandable web farm than to keep pushing the hardware beyond its sensible limits.

If there’s one point to take away, it’s this. When you think of leasing, you might think of the 20th-century idea of leasing a TV set or a fridge-freezer – as a way of getting something you can’t really afford. That doesn’t sound like a smart way to run a business. But business banking is getting ever more risk-averse to big loans and cash overdrafts. At the same time, the rise of the cloud, remote working and other diffusing factors mean the days of a large, centralised IT inventory are gone.

As a result, leasing is not just a viable, sustainable way to meet your IT needs: it’s a powerful idea for both resellers and lessees, and a stronger financial play than a cryptocurrency or venture capital fund.