Where modernisation and sustainability meet: A tale of two benefits

Availability, affordability, and eco-friendly are now possible at the same time 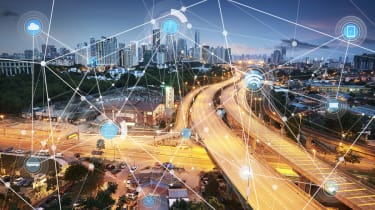 The majority of organisations have set digital transformation as a business priority, but there are a number of internal and external barriers they face in achieving these goals without too much friction. One of these is absolutely the cultural element – indeed, analyst firm Gartner has said that the responsibility for culture change will be as much the CIO’s responsibility as the HR officer by 2021 – and that presents its own unique challenges.

But another that is clearly front of mind is how to marry the need for speed with the need to reduce further strain on our environment and infrastructure.

Being able to supply goods and services in response to demand is the lifeblood of organisations large and small, in a variety of sectors. So they now face the conundrum of needing to still do what they’ve always done – or in some cases more – while also ensuring they are a good citizen.

Sustainable change vs staying the same

It’s a hard balance to strike but some firms have done just that and are leading the way. A case in point is VINCI Energies, a company heralded as an ‘infrastructure innovator’ because of its ability to deliver intelligent solutions that connect infrastructure, buildings, and industrial sites to data, insights, and energy systems.

The firm has grown rapidly in recent years and as a result needed to overhaul its own infrastructure in order to continue to meet the infrastructure needs of its own customers.

As a result of acquisitions, VINCI was faced with myriad ERP systems; the complexity of which was starting to impede innovation. The challenge, ultimately, was to integrate 660 companies across 13 countries – no mean feat, indeed. With revenue going stratospheric, it knew it needed a better way in which to be confident of supporting growing demand in the future.

VINCI decided to create a ‘digital core’ that would act as the heartbeat for its 31,000 business users. It recognised it needed a combination of the right technology and implementation partner so decided to implement cutting-edge solutions from SAP, with the help of SAP Digital Business Services:

“Companies need to always be fast, smart, and agile,” said Dominique Tessaro, CIO of VINCI Energies. “In this context, the transition to SAP S/4HANA was imperative if we hoped to preserve the ability to innovate. The question was not whether we should do it but when and how.”

Elsewhere, others have worked hard to both support a growing population and demand by ensuring progress is not always synonymous with environmental problems.

Novo Mesto in Slovenia is a good example. This small city is located on the River Krka and dates back to prehistoric times. It has always prided itself on preserving natural resources so that air, water, and soil remain clean and usable for future generations. However, in recognition that its soot levels had soared well above EU quality thresholds, it decided to embrace the Internet of Things (IoT) to bring about sustainable change. Its ultimate aim was to ensure cleaner air for its citizens and its way of doing that is creative and novel.

“We obviously had to do something,” said Peter Gersic, project development manager for the municipality of Novo Mesto. “Air pollution does not go away by itself. But frankly, we didn’t know what to do with the data.”

Although, it’s important to note that Novo Mesto sees what it has done to become a smart city as so much more than just a project.

“We’re not the first or the last people to live on this planet,” said Novo Mesto Deputy Mayor Bostjan Grobler. “Becoming a smart city is not a goal. Keeping our people and environment healthy in order to provide sustainable jobs and attractive living spaces is our goal. Technology helps us achieve that.”

Smart choices for a smarter city

The city conducted some key research and, as a result, decided to work with SAP and Telekom Slovenia to bring about the changes required to redress the status quo.

It recognised that the collection and analysis of data – SAP Leonardo and Analytics are being used – would be key to its goals so the city’s infrastructure became a smart one. Importantly, the sensors installed were used to gather data about water usage and light pollution rather than just air quality.

All of the IoT information-gathering infrastructure is plugged into SAP’s cloud – this provides the government and individual citizens with the data they need to make smarter and more sustainable choices. Other examples include using sensors to ensure sports grounds are only watered when necessary and mobile apps so citizens are told the optimum places to leave their cars.

Of course, sustainability considerations aren’t always as direct as the Novo Mesto example. In Canada, the Toronto Transit Commission (TTC) recognised it had a corporate social responsibility (CSR) to reduce its own impact on the environment.

“Whether it was recruiting or on-boarding or managing employee lifecycle or hire to retire events, everything was done with paper. So it was really quite a transformation and that’s where SAP came in,” said Anja Schiralli, director of payroll and employee service centre at TTC.

“We really recognised the need to transform the way we do our business, in payroll, human resources, as well as finance. We didn’t just want to transform the business and the back end office, we wanted to find value in how we communicate and deliver services to our employees.”

TTC is the third largest transit system in North America, delivering more than 540 million rides per year. Given the nature of its business, it also needs to ensure its operations are running as efficiently as possible. That’s because ensuring people are using public rather than private transport remains a key goal for countries around the world when it comes to reducing carbon footprints and helping battle against the ill-effects of climate change.

“We had the opportunity to re-engineer our processes and really start from scratch,” Schiralli added.

There are many challenges when it comes to coping with modern infrastructure demands, but technologies like those from SAP offer organisations innovative, efficient and sustainable ways to map out their future.

Discover more about SAP solutions and how they can transform infrastructure at SAP.com.