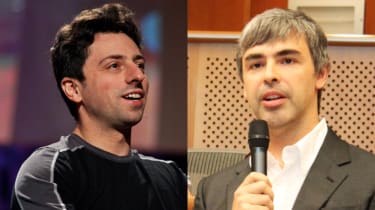 Google founders Larry Page and Sergey Brin are stepping aside from their leadership roles of Google's parent company Alphabet, bringing to an end an unprecedented reign at the helm of one of the most influential companies in history.

The iconic silicon valley duo will remain as board members, shareholders and overall "proud parents" of the companies they founded and led since starting the search engine giant from a California garage in 1998.

Page and Brin said they wanted to simplify the management structure of the tech giant, adding there was no need to have two CEOs and a president of the same company.

Google's Sundar Pichai, who joined the company in 2004 and was appointed CEO in 2015, will assume the CEO role of both Google and Alphabet.

"I will continue to be very focused on Google and the deep work we're doing to push the boundaries of computing and build a more helpful Google for everyone," said Pichai. "At the same time, I'm excited about Alphabet and its long term focus on tackling big challenges through technology."

"While it has been a tremendous privilege to be deeply involved in the day-to-day management of the company for so long, we believe it's time to assume the role of proud parents – offering advice and love, but not daily nagging," said Page and Brin in a joint letter.

Alphabet, the multinational conglomerate holding company which houses Google and a number of other projects it has launched, including DeepMind, was created in 2015 and replaced Google as the publicly-traded company.

Shortly after, Pichai replaced Page as CEO at Google following months of rumours that he would be the next man for the job. Pichai previously held positions at Google such as product chief and head of Android prior to assuming the top job at the company.

Among other notable successes, Pichai's reign at Google has seen the company invest heavily in green energy. Google Cloud said in 2018 it runs entirely on green energy and that the company has invested billions in building a variety of green datacentre facilities across the world, including locations in Finland and Denmark.

Google has also been embroiled in controversy throughout 2019. Most recently, the EU announced it plans to launch an investigation into the company's data collection practices. The UK's competition watchdog also announced it will be investigating Google's £2 billion acquisition of data analysis firm Looker.