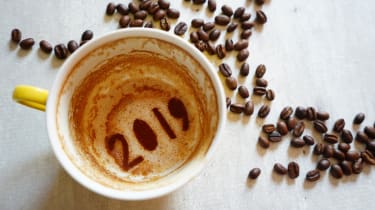 At IT Pro, we spend the year with our heads down working on bringing you the most important stories and insight from the world of IT. In the run-up to Christmas, we finally get a chance to take stock of what's happened in the past 12 months and bring some context to it all, and so we offer you our analysis of the year in tech, 2019.

It’s a rare year that doesn’t involve at least a couple of major cyber security problems, but 2019 was a banner year by any standard. Aside from the usual raft of corporate data breaches and opportunistic scams, this year has seen a particularly worrying stream of ransomware infections hitting local government and public sector organisations.

Government departments in Texas, Louisiana, Florida and Baltimore have all been hit by various strains, and while only some of the attacks led to the victims paying up to decrypt their devices, the fact that so many public sector organisations are vulnerable to widespread ransomware infection exposes a troubling lack of security. Attacks on public sector bodies and critical infrastructure are on the rise, and experts believe that this kind of attack method is going to be a key weapon for state-sponsored hackers.

As global politics become increasingly tense, the prospect of large-scale public service outages due to cyber attacks is something to be concerned about, and this year’s examples indicate we may not be as prepared as we might think.

For me, the bidding war for the Pentagon’s $10 billion cloud computing contract provided the biggest shock of the year and possibly a sign of things to come. AWS was thought to be the front runner for most of the process, but the project went to Microsoft instead.

The Joint Enterprise Defense Infrastructure (JEDI) contract was marred in controversy from the outset with companies like Oracle claiming it was biased and Google dropping out over its ethicality. But, perhaps the strangest part of the whole shebang was an intervention from Donald Trump – that well-known cloud computing expert. The president has a long-running feud with Amazon CEO Jeff Bezos and there’s a suggestion this affected the final decision.

That would be a disservice to Microsoft, though, as it has made ground on AWS in the cloud market. Its strategy for 2019 has seen deals with large enterprises and an openness to collaboration, helping the tech giant take the fight to AWS.

2019 was always going to be the banner year for GDPR, a period that would establish the precedent for financial penalties to come and one that many assumed, incorrectly, would appear immediately after the regulation came into force in May 2018. In fact, if it hadn’t have been for the ICO’s ongoing campaign against Facebook’s improper data-sharing agreement with Cambridge Analytica, you’d have been forgiven for thinking that regulators were taking some time off.

Yet any illusions that they would shy away from bringing the full force of GDPR against data misuse were firmly dispelled within the first few days and months of 2019. Google’s €50 million fine from French data regulator CNIL, and the ICO’s £99 million and £183 million fines against Marriott International and British Airways respectively, should be seen as a turning point: the moment when it became clear that no company was above the new data laws of Europe.

And that’s important. The prospect of regulatory action should strike fear in the minds of business owners because despite the effort that you may put into the sourcing, collecting and processing data, and regardless of how important that data is to your bottom line, that data is not yours. Every multi-million pound fine should serve as a reminder of that.

The latter half of this year has seen a flurry of acquisitions – some that were seen from a long way off and others that came rather out of the blue.

Probably the most notable of these was VMware’s double splurge in August, just before its annual VMworld conference, on Pivotal and Carbon Black. Rumours of the Pivotal deal were rumbling for some time before the acquisition was announced, with VMware even confirming they were true before the formal announcement was made. The acquisition also made strategic sense, particularly from the point of view of ownership and control within the byzantine structure of Dell Technologies.

The Carbon Black acquisition, however, came almost completely out of the blue. As I said at the time, it’s one of those things that made sense after the fact: security is a big deal for all companies, including VMware, so why not splash a bit of cash on some advanced threat detection and defence tech?

There’s some unfinished M&A business from this year in the shape of Xerox and HP’s ongoing hostile takeover tussle. With Christmas just days away, I doubt this will be resolved before January and even that might be a stretch. Either way, it will be interesting to see whether the acquisition goes ahead and what happens to the respective company (or companies) after that.

The pace of innovation is break-neck, but the attention paid to unintended consequences, diversity and the wider social impact hasn’t always matched up. This year we’ve seen more efforts ploughed in from all angles into trying to grapple with the core ethical issues that should come hand-in-hand with technological progress.

Regulators, like the ICO, have made a number of moves to more effectively bake ethical considerations into the way it liaises businesses and adjudicates over data protection issues. The appointment of a data ethics advisor exemplifies this. The chatter across individual companies, too, has also ratcheted up a notch, with organisations like techUK pleading with its membership to integrate ethics into business decisions.

Even politicians are waking up to the alarming prospect of firms that handle masses of personal data running amok.

There are myriad concerns across the tech industry over privacy and data protection, and for all the talk it’s fair to say we haven’t seen much action. Progress can happen at a snail’s pace, but it matters that the conversation has not just sparked into life, but that there’s arguably now a consensus among all stakeholders – from innovators to regulators.

2019 was as giving in terms of big tech stories as any other year, but there are definitely a number of standout ones I particularly recall. My highlights of the year aren't necessarily the biggest stories or the ones that hit the headlines, but they are the ones that stick most in my mind. And, as such, the ones I feel may actually have the biggest impact on our work and personal lives going forward.

Massachusetts police using AI-powered robotic dogs to help deal with potentially hazardous situations is but one further proof point that the fear, uncertainty and doubt (FUD) surrounding this innovation has thus far been skewed in the favour of negativity. Indeed, in 2019 as a whole, we've seen countless examples of how AI, machine learning and robotics are being used to complement and support human activity and value rather than, simply, replace or supplant it.

For me, this is but one example of how we should be more favouring rather than fearful of AI and related technologies. At the end of the day, much like with most innovations, AI is gaining momentum so whether we like it or not it's here to stay and become an ever-growing part of our lives at play and at work.

As such, those who are fearful of AI must find their peace with it. Those who are already in favour will be in support of AI and, perhaps, as a result of this mindset, at an advantage when we, finally, fully evolve from the fearful stage to the period of mass acceptance and adoption.

I hope that 2019 will be a year we look back on and digest all that AI and machine learning have to offer, be selective - from an enterprise context - in how we choose to digest that and then, more importantly, ensure we use that learning to inform how we apply our AI thinking in 2020 and beyond.