The tech-giant raked in $91.8 billion over a three month period 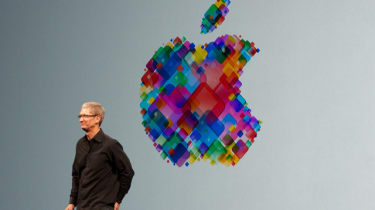 Apple has announced that its first quarter revenue in fiscal year 2020 toppled the company’s all-time quarterly record, with sales reaching $91.8 billion (£70.6 billion) – an increase of 9% from last year’s first quarter.

“Our very strong business performance drove an all-time net income record of $22.2 billion (£17 billion) and generated operating cash flow of $30.5 billion (£23.4 billion),” stated Apple CFO Luca Maestri in the press release, issued yesterday. “We also returned nearly $25 billion (£19 billion) to shareholders during the quarter, including $20 billion (£15.3 billion) in share repurchases and $3.5 billion (£2.7 billion) in dividends and equivalents, as we maintain our target of reaching a net cash neutral position over time.”

In sharp contrast to this early success, Apple’s total revenue plummeted last year, with iPhone sales actually decreasing across all four quarters. Historically, the iPhone has contributed to a bulk of the tech-giant’s sales.

This past autumn however, “Apple took something of a risk reducing the entry price for the iPhone 11” which has “paid off handsomely,” Dominic Sunnebo, Director of Consumer Insights at Kantar, told IT Pro. Sunnebo assures that last quarter’s success was not derived from the iPhone 11 models alone, though. “Wearables also proved to be a strong driver of growth, with the Apple Watch, which retailed at just $199, selling out due to unprecedented demand,” he said.

A growing international presence also contributed to Apple’s financial heel turn. According to Apple CEO Tim Cook, the company “has now reached over 1.5 billion” in its base of active, installed devices. Sales outside the United States were reported to make up 61% of the company’s earnings last quarter.