Huge losses threaten the future of the Vision Fund 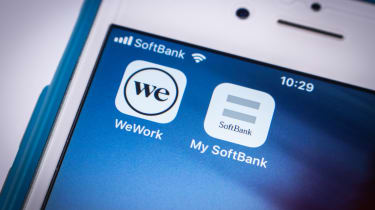 Softbank has suffered major losses to its tech investment fund, due to poor performances from WeWork and Uber.

The Japanese conglomerate reported an operating loss of 225 billion yen (£1 billion) to its Vision Fund for the last quarter of 2019. A year earlier, it had generated a 176 billion yen profit in the same period. Softbank’s group profit was reported to reach 2.6 billion yen (£18 million) for the quarter versus 438 billion yen a year prior, a plunge of 99%.

The major wipeout of the Vision Fund could be partially attributed to unrealised losses in WeWork, which SoftBank bailed out in October of last year, a decision which at the time cost the Japanese company around a $1 billion (nearly £800 million). Last October, the start-up had decided to indefinitely postpone its IPO following its founder's departure from the role of CEO.

SoftBank also attributed the reason behind its major loss to its investment in Uber, which has reportedly lost 8% of its stock market value since May 2019.

Issues with both companies "have caused concern amongst potential investors in SoftBank Vision Fund 2", SoftBank founder and CEO Masayoshi Son said through an interpreter, according to CNN.

Vision Fund 1 made history when it launched in 2017, becoming the largest fund ever at $97 billion (£74 billion). At the time, Son pledged to “expand the scale”, announcing that Vision Funds 2, 3 and 4 would be “established every two to three years”. However, its huge losses pose difficult questions regarding the future of the investment fund and SoftBank’s relations with its backers, such as the crown prince of Saudi Arabia Mohammed Bin Salman. Most of the failed fund’s resources come from the Public Investment Fund (PIF) of Saudi Arabia, having contributed $45 billion (£34 billion).

"At the moment, I think that our next fund size should be a little bit smaller, because we have caused concerns and anxiety to a lot of people," Son told reporters.

The Vision Fund is regulated under UK law as it is mostly operated under the London-based SoftBank Investment Advisors.