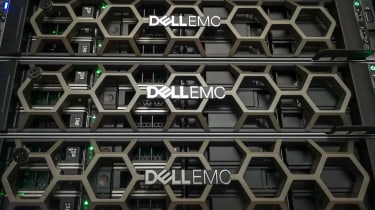 It’s shaping up to be a year of big moves in the IT industry. While Xerox and HP circle each other and companies like Google and FireEye snap up smaller businesses, Dell Technologies has announced this week that it will be selling off RSA Security to a consortium of buyers led by private equity firm Symphony Technology Group.

The security firm has a long and storied history, founded by the developers of the RSA public key cryptographic algorithm which still underpins a good deal of cybersecurity today. It joined the EMC Federation in 2006, but found itself under the benevolent leadership of Michael Dell back in 2015 after the mammoth merger that created both Dell EMC and the wider Dell Technologies family.

As part of that merger, Dell absorbed not just EMC, but also RSA, SecureWorks, VMware, Pivotal and Virtustream, creating a somewhat mis-matched portfolio. Dell and EMC make for obvious bedfellows thanks to their shared focus on infrastructure hardware, and VMware offers a range of complementary capabilities. The others, however, felt somewhat out of place, offering cloud and software services that didn’t really fit with Dell’s infrastructure-heavy offering.

Now, however, the company looks a lot more streamlined. RSA was by far the biggest and oddest outlier in Dell’s portfolio, and now that it’s gone, a new shape is starting to reveal itself. VMware has quickly become the golden child of Dell’s stable, with multiple co-branded initiatives and product synergies, and the portfolio has been reshuffled to reflect this. Pivotal is now owned by VMware, and it’s not unreasonable to expect that Virtustream will go the same way before too long – the latter company is geared towards supporting cloud migration, which meshes exceedingly well with VMware’s multi-cloud focus.

This just leaves SecureWorks. Another odd one out within the Dell Technologies family, the managed security services and threat detection provider doesn’t really have an obvious place beside the rest of Dell’s subdivisions – particularly given that VMware’s latest acquisition, Carbon Black, fills what few strategic roles it could reasonably be expected to play. If I was a betting man, I’d be inclined to put money on it also being sold off before the year’s out.

What, then, does that leave us with? Well, in short, it leaves us with a streamlined, hyper-focused hybrid cloud powerhouse. Dell EMC’s class-leading infrastructure hardware, coupled with VMware’s dominance of the software frameworks that run on it, makes for a formidable combination. Without the baggage of tangentially-related sub-brands to slow it down, Dell Technologies is free to divert its full focus (discounting its client computing business) on the back-end infrastructure markets in which it has the strongest position, rather than spreading itself thin trying to be all things to all customers.

Fundamentally, this is a clear statement of intent from Dell, and maps out a trajectory that is more focused, more thoughtful and more ruthlessly efficient than we’ve yet seen from the company. If I were a rival vendor, I’d be feeling somewhat worried right about now.