With International Women’s Day taking place this weekend, perhaps it’s time to reexamine the way we think about gender in the industry 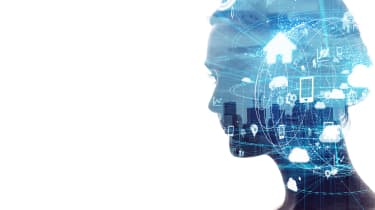 What springs to mind when you hear the phrase “women in tech”? Maybe it’s a sassy young coder or quirky analyst from a TV show. Maybe it’s lunches and breakout sessions at tech conferences to network and discuss the problems of gender diversity (or lack thereof) and discrimination. Maybe it’s government initiatives to encourage girls and young women to pursue training and careers in STEM. At a push, maybe it’s a high-profile woman in the tech industry, like Sheryl Sandberg.

Even if it’s not one of the examples I”ve just listed, it’s probably fairly easy to come up with one archetype or another.

Now what if I ask you to think about a ‘man in tech’? While your mind might possibly flick to the ‘nerd’ stereotype, other than that it’s likely just a man, perhaps bearded and fairly casually dressed.

This is the fickle problem of ‘women in tech’ pitches and initiatives. By designating tech workers who identify as female as ‘women in tech’, we’re in danger of reinforcing the idea that this is not the norm – a woman in tech is a rare species, a delicate flower that must be protected, something unusual and irregular. A fish out of water, perhaps.

Of course, the tech industry isn’t the only one where women have had to fight for recognition. It was only in 2018 that women were able to fill roles in all areas of the British Armed Forces, including close combat, for example.

But when it comes to women in tech, I think a better example to look at is women in the police service.

While women may not have had quite the same role as men when they were first allowed to join the police force in 1915, by the mid-to-late 20th Century they certainly did. In acknowledgement of that (perhaps belatedly), the “W” was dropped in 1999, with all police officers being just that – police officers – irrespective of their gender.

That’s not to say that any differences or difficulties go unacknowledged and undealt with; The British Association for Women in Policing continues to exist and advocate for the needs and concerns of women working in the police service. But at a base level, removing the “W” from police ranks recognises there’s nothing fundamentally strange or different about a woman being a police officer.

This should be the case for women in the tech industry as well. “Female coders”, “geek girls”, “women in tech” should go the same way as the WPC – they are just coders, geeks, techies.

Moving from a campaign for access and recognition to one of integration and inclusivity doesn’t mean we must never talk about issues affecting women in the tech industry ever again, though. In the same way that the British Association for Women in Policing continues to exist as an advocacy organisation even if women police have disappeared as a category, so we should continue to advocate for the voices and experiences of women in the tech industry.

But treating “women in tech” as some kind of special class does nothing more than reinforce the idea that a woman with a computer is an oddity, and further increase the ‘otherness’ felt by many women in a field that is often still hostile.