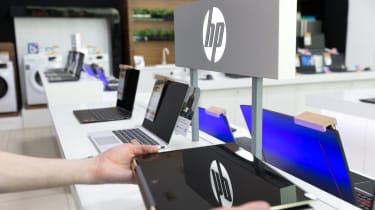 HP Inc has rejected Xerox’s latest bid to take the printer and hardware-centric company over.

Last month, Xerox raised its takeover bid to around $35 billion, offering to pay $24 per share, but the bit was refused on 5 May with HP claiming the offer “meaningfully undervalues” the company by failing to reflect the full value of HP’s assets and its “standalone strategic and financial value creation plan.

“Our message to HP shareholders is clear: the Xerox offer undervalues HP and disproportionately benefits Xerox shareholders at the expense of HP shareholders,” said Chip Bergh, chair of HP’s Board of Directors."

"The Xerox offer would leave our shareholders with an investment in a combined company that is burdened with an irresponsible level of debt and which would subsequently require unrealistic, unachievable synergies that would jeopardize the entire company.”

This has seen HP request that its shareholders reject Xerox’s tender offer that would see the rival printing company acquire HPs remaining shares.

Following the raised offer from Xerox, HP has said it would implement a ‘poison pill plan’ to stop other investors from acquiring more than a 20% stake in the company, according to Reuters.

A poison pill plan is a move that offers a company’s remaining shares to existing shareholders at a discount rate, thereby diluting the ownership interest of a new party attempting a hostile takeover; such a defensive move is officially called a shareholder rights plan.

HP doesn’t look like it will be giving in to any other offers from Xerox any time soon, with Enrique Lores, HP’s president and CEO declaring: "At HP, we’re creating value, not risk.”

"HP is a trusted brand with a strong track record of value creation and we’re executing a clear plan that will drive significant earnings growth,” Lores added. “We’re well positioned in our categories, aggressively attacking costs and pursuing the most value creating path for our shareholders."

Xerox hs yet to respond to HP’s response to its increased bid, so time will tell if Xerox continues to pursue its hostile takeover or decides to throw in the towel and continue to compete with HP in the printing arena.