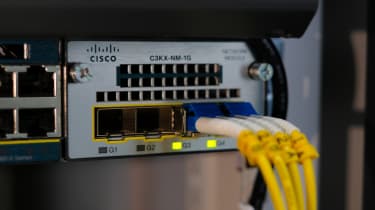 Cisco is seeking to distribute its entire product portfolio on a subscription basis in order to render cost savings of $1 billion per year, including its core networking hardware portfolio.

Cisco also plans to accelerate its investments in key strategic areas, according to its CEO Chuck Robbins, speaking to investors in the wake of fairly disappointing quarterly financial results. These key areas include cloud security, cloud collaboration, increased automation in the enterprise, as well as application insights and analytics.

The networking giant declared this week a quarterly revenue decline of 9% year-on-year, equivalent to $12.2 billion, as well as a 5% dip on annual revenue to $49.3 billion. In spite of this, Cisco made profits during the last quarter of $2.6 billion, which represented a 19% surge.

“I think that when we think about the network architectures, I think one thing we know is that our customers are living in this multi-cloud environment,” Robbins said in the earnings call.

“And as they went into this work-from-home environment, as I said on our last call, those who had technical debt and those who had not really invested in modernizing their infrastructure, they know they will need to do that, and they'll do it at different paces based on their financial abilities. I'd say that it's clear that many of our customers do want to consume the technology as a service.”

Robbins confirmed that Cisco will examine its entire portfolio to see how easily each part can be shifted over to an ‘as a service’ delivery.

Alongside responding to changing customer demands, and potentially a decline in direct sales, the move may aim to compete with the likes of HPE’s GreenLake as a service platform.

The strategy shift, which will be combined with other undefined organisational changes, will eventually lead to annual savings of $1 billion based on actions the company is set to take over the next few quarters.

Like many other firms dealing with the coronavirus pandemic, the networking company's finances have been hit over the past three months, with revenue down across all business segments but security, which saw a 10% year-on-year rise.

Information and platforms, also the largest segment, experienced a 16% year-on-year decline, alongside applications, which saw a 9% drop in revenues. The ‘other products’ category also saw a steep 17% revenue decline.