Are tech firms hiring teams to aggressively snuff out any internal or external criticism? 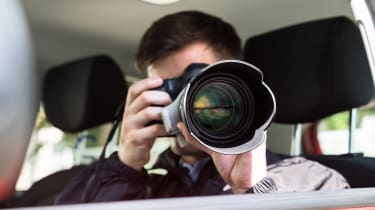 Everyone wants to work for the tech giants; it’s all table tennis, free gourmet meals and a beautiful work environment, after all. But what happens when a sense of propriety puts you at odds with the bosses? Examples from several tech giants suggest the fluffy utopia falls apart quickly if workers stray from the company line.

Take the recent case of eBay executives charged over an alleged campaign that targeted two bloggers with an ostensibly vindictive series of attacks that had echoes of mafia vendettas. All apparently for writing a critical article in a low-key newsletter.

According to court documents from the case, six eBay executives seemingly orchestrated a campaign that allegedly included online and offline stalking, as well as organising a slew of outlandish deliveries to the couple’s home, including a bloody pig mask, live cockroaches and a book on how to survive the loss of a spouse.

The FBI investigation concluded that the accused, “all of whom were then officers, employees or contractors of eBay, engaged in an extensive harassment campaign that targeted and terrified the victims causing them substantial emotional distress. “The campaign included sending anonymous, threatening communications, [and] disturbing deliveries to their home, including funeral wreaths and surveilling the couple in their hometown.”

In a statement, eBay said it had terminated employment of all staff concerned and apologised to the couple.

eBay isn’t the only tech company that stands accused of harassment. Kristine Phillips worked at Facebook, but reportedly fell into dispute with bosses after lodging a complaint of disability discrimination. She says her workplace became a toxic environment, where colleagues were allegedly asked to spy on her before her eventual dismissal. “I’ve been diagnosed with PTSD because of the experience,” she told IT Pro’s sister title, PC Pro.

Phillips claims that investigations into her started with the company accessing her personal information and escalated from there. “I filed an investigation request over the discrimination against me and then it felt like they were retaliating against me,” she said. “There was one colleague – I told her what I was going to do regarding Facebook and I did that on purpose to see how she would react and she promised she wouldn’t repeat anything. ‘I will lie,’ she said.

“But she then reported what I’d said back to management and it confirmed to me that they were sending people out for me, that they had effectively asked to be a spy and tell them what I said.”

Another colleague who had previously been friendly changed his attitude towards her in a way that Phillips says left her intimidated. “I’d known him for a year, and previously it had been fine,” she said. “But then it was scary because he would watch where I drove and asked if I drove a specific car and where I lived. When I tried to avoid him he would see when I would badge in or out of the building and wait there. I told HR but they did nothing…”

PC Pro says it has seen a severance agreement in which Facebook offered Phillips a five-figure sum in return for her waiving any future claims against the company and agreeing to keep the deal confidential. “They wanted me to sign this document, which would relinquish them of responsibility, I wouldn’t be able to talk about Facebook,” she said. “They offered me money to stay silent and I won’t take it.”

Facebook has not responded to requests for comment on the case, which is going through an employment tribunal.

Campaigners say it wouldn’t be out of character for Facebook to investigate its own employees, claiming it has openly admitted to doing so in the past. “The exact quote from Facebook when it has been asked to justify its actions previously is that ‘companies routinely use business records and workplace investigations and we’re no exception’,” said Jack Poulson, a former Google research scientist now running rights group Tech Inquiry.

“What an employee would regard as spying on them, the company will refer to as their business records,” Poulson said. “As an employee you have no right to an expectation of privacy on company devices.”

Yet Facebook’s security machine extends beyond its employees and the company has admitted investigating individuals and competitors. If it doesn’t use its in-house teams, the company will hire external companies to lead investigations. In 2018, for example, it was accused of hiring “opposition” PR firm Definers to look into George Soros and his connections to a campaign to boycott Facebook, after he made a speech calling the company “a menace to society”.

“In January 2018, investor and philanthropist George Soros attacked Facebook in a speech – we had not heard such criticism from him before and wanted to determine if he had any financial motivation,” the company said later in a blog explaining the reasons behind it hiring Definers.

“Later, when the Freedom from Facebook campaign emerged as a so-called grassroots coalition, the team asked Definers to help understand the groups behind them. They learned that George Soros was funding several of the coalition members. They prepared documents and distributed these to the press.”

Unions might seem like a throwback to the pre-digital era, but some tech bosses apparently remain vigilant to the threat of workers organising themselves into groups that could force change – and they are quick to clamp down.

Both Amazon and Google have seen an increase in workforce action over various grievances, highlighted by the case of Chris Smalls, who was fired by Amazon shortly after he led a walkout over a lack of personal protective equipment (PPE) in warehouses.

“He was also found to have had close contact with a diagnosed associate with a confirmed case of Covid-19 and was asked to remain home with pay for 14 days. Despite that instruction to stay home with pay, he came on-site further putting the teams at risk.”

But critics claim Amazon was looking for a reason to get rid of him.“If you look at the case of [union] organisers like Chris Smalls, we see that there are very concerted attempts to find an excuse to fire anyone who is doing any organising,” said Poulson. “They said his violation of distancing rules was the reason for the termination and there’s a question of how consistently those rules are enforced and there’s a question of whether it was an excuse to fire someone that was a known organiser.

“There are numerous policies that a company can enforce to various degrees of consistency.”

Poulson cited two other cases – Emily Cunningham and Maren Costa, who spoke out over Amazon’s climate inaction – which Poulson claims show a pattern “of firing workers at Amazon who are core organisers”. Amazon declined to provide further comment on the cases.

Amazon is by no means alone in apparently opposing the formation of workers’ rights groups – Google has also faced criticism as workers questioned some of its more controversial projects, such as surveillance platforms. Kathryn Spiers was two years into a job with Google in late 2019 when it allegedly moved to fire several staffers over organising groups against some projects.

The software engineer says she discovered Google had hired a firm known as anti-union. Using an in-house messaging system, Spiers created a pop-up that explained worker rights to colleagues. “When I heard that Google had hired a union-busting firm and started retaliating against my co-workers, I decided to make sure that my co-workers knew,” Spiers wrote in a blog post at the time.

“Google’s response to this was to suspend me immediately and without warning. They also dragged me into three separate interrogations with very little warning each time. I was interrogated about separate other [union] organising activities, and asked (eight times) if I had an intention to disrupt the workplace.

“The interrogations were extremely aggressive and they wouldn’t let me consult with anyone, including a lawyer, and relentlessly pressured me to incriminate myself and co-workers.”

Google has not responded to a request for comment, but in a statement sent to The Verge at the time stated: “We dismissed an employee who abused privileged access to modify an internal security tool.”