Nasdaq estimates that the deal may raise up to $2 billion 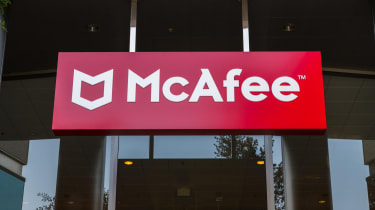 Cyber security giant McAfee has filed for an initial public offering (IPO) to list on the Nasdaq, citing $100 million (approximately £77.6 million) as a placeholder figure.

The decision to go public comes after a wave of software companies have rushed to file IPOs in order to raise cash, totalling approximately $12.8 billion (roughly £11.6 billion) so far, according to Bloomberg.

McAfee has made the filing with the Securities and Exchange Commission (SEC) citing full-year revenues of $2.6 billion for 2019, and a $236 million let loss. For the half-year ending 27 June 2020, McAfee declared $1.4 billion in revenue and $31 million in net income.

The $100 million figure for the public offering is a placeholder, with the number of shares, and their value, yet to be declared. A report on the Nasdaq website suggests the IPO value is a placeholder for a deal estimated to raise up to $2 billion. The company will list its shares on the Nasdaq under the ‘MCFE’ ticker symbol.

Several risk factors cited in the filing include the macroeconomic conditions, including the disruption caused by COVID-19, technological changes in McAfee’s markets, as well as the nature of McAfee’s methods of distribution.

“We sell a significant portion of our solutions through third-party intermediaries such as affiliates, retailers, ecommerce, PC OEMs, and other distribution channel partners,” the filing said. “Three of our largest channel partners are Ingram Micro Inc., Arrow Electronics, Inc., and Tech Data Corporation, and accounted for 15%, 9%, and 8% of our net revenue.

“Sales by our channel partners may vary significantly from period to period. Our channel partners operations may also be negatively impacted by other effects the COVID-19 pandemic is having on the global economy, such as increased credit risk of end customers and the uncertain credit markets.”

McAfee was acquired by Intel ten years ago in a deal approximately $8 billion dollars, seen at the time as a huge surprise. The nature of the relationship shifted in 2017 when Intel sold its majority stake in McAfee, selling 51% of the company’s stake to TPG at a valuation of $4.2 billion. This means McAfee became an independent company once again.