The approved resolution aims to see more chargers get recycled 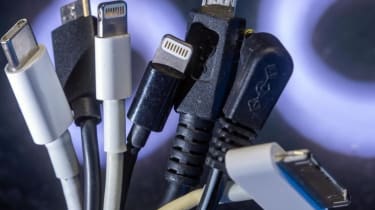 In an effort to minimize electronic waste, the European Parliament passed a resolution yesterday calling for the mandatory adoption of a universal charger.

Members overwhelmingly approved the resolution: 582 voted in favor, 40 against, and an additional 37 took abstentions.

Three specific goals were outlined by Parliament’s associated press release: to enstate charger universality across phone brands; to increase the volume of recycled cables and chargers; and to ensure that consumers are no longer required to purchase new chargers upon acquiring new devices.

Behind Asia, Europe produces the most amount of e-waste, generating more than 12 million tons per year - an average of 16.6 kg per inhabitant - according to the Platform Accelerating the Circular Economy (PACE).

Why so much waste? Charger lifespans are notoriously short, and innovating companies remodel designs regularly, rendering older models essentially useless. A universal charger would eliminate the need for consumers to constantly update and replace their device’s only necessary accessory.

Apple signed a non-binding memorandum of understanding agreeing to standardise its chargers back in 2009.

However, the company openly opposed abandoning its Lightning cable in a statement released last week, arguing that enforcing designs “stifles innovation rather than encouraging it”.

“Legislation would have a direct negative impact by disrupting the hundreds of millions of active devices and accessories used by our European customers and even more Apple customers worldwide,” added the statement.

The European Commission will present a legislative initiative on common chargers during 2020’s upcoming third quarter.