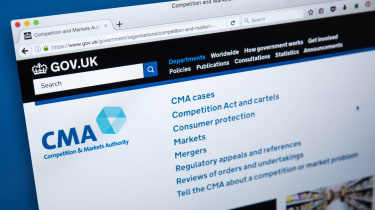 The UK’s Competition and Markets Authority (CMA) will seek new powers in a bid to fill a post-Brexit regulatory void, hinting that the largest US-based technology firms will come under its sights.

The markets regulator has suggested Brexit has given it an opportunity to win stronger powers from the government so it can maintain the standards of consumer protections that UK citizens enjoyed while part of the EU.

“The upside [of Brexit] is that you take back control - genuinely - of the decisions,” the CMA chief executive, Andrea Coscelli, told the Financial Times (FT), suggesting the UK’s regulator may follow in the footsteps of regulators in Australia, Canada and Brazil.

The CMA plans to seek the power to unilaterally impose fines on companies engaging in anti-competitive behaviour or activities harmful to consumers, as well as powers to block activities deemed anti-competitive. The watchdog must currently go through the courts in order to impose any punishments or penalties.

Even towards the end of last year, the CMA began to flex its own muscles with regards to taking action against tech companies, in preparations for the UK’s withdrawal from the EU.

After the European Commission proposed looking into Google’s data collection practices in December 2019, for example, the CMA announced it would specifically review the company’s acquisition of big data analytics firm Looker in a separate probe.

The European Commission previously held jurisdiction over all EU territories, including the UK, over matters concerning competition, mergers, and antitrust, among others.

In light of the UK’s EU withdrawal on 31 January, the CMA has, by default, been handed a much larger set of responsibilities than it held previously.

The swelling scale of digital companies, moreover, has turned officials’ attentions towards the likes of Google and Facebook in recent years, led by the European Commissioner for Competition, Margrethe Vestager.

Coscelli’s comments point towards the CMA taking up the work carried out by Vestager, should the government grant the authority the stronger powers it demands. Last year, for example, the European Commission issued a €1.49 billion fine against Google for restrictions in its AdSense platform. These may be the sort of investigations the CMA may seek to replicate post-Brexit.