The government waters down its Online Harms proposals, but tech companies could still face fines 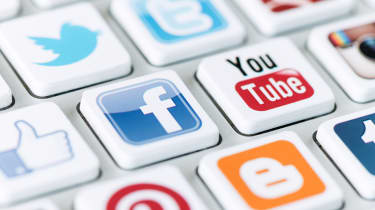 The government is minded to expand the remit of the UK’s media watchdog as part of its response to the public consultation on last year’s ‘Online Harms’ white paper, rather than grant these responsibilities to an entirely new organisation.

Ofcom, under the proposals, will enforce a statutory duty of care that spans harmful and illegal content hosted on platforms that host user-generated content or allow a forum for interaction between users. Companies that squarely fall under such a description include Facebook, Twitter, YouTube and Instagram, among other social media platforms.

“With Ofcom at the helm of a proportionate and strong regulatory regime, we have an incredible opportunity to lead the world in building a thriving digital economy, driven by groundbreaking technology, that is trusted by and protects everyone in the UK,” said the secretary of state for digital, culture, media and sport (DCMS), Nicky Morgan.

“We will give the regulator the powers it needs to lead the fight for an internet that remains vibrant and open but with the protections, accountability and transparency people deserve.”

The regulator will also be handed a set of enforcement powers that can be used against tech companies for failing to adhere to the duty of care, although these have not yet been outlined in any great detail.

The government has suggested it expects companies to use a range of tools including age assurance and age verification technologies to protect younger people from accessing inappropriate and harmful content.

The white paper outlined a strict regulatory framework that would be enforced by a newly-established statutory regulator, with the power to levy fines against companies for breaching standards, as well as hold senior management liable in a criminal context for failing to adhere to any duty of care.

In the government's response, a much greater emphasis is placed on freedom of expression than had been signalled previously. There’s also a desire to avoid putting too much strain on businesses subject to regulation.

The tech companies under Ofcom’s remit will be also offered enough clarity in any regulations or codes that are subsequently drawn up, with expectations placed on them clearly stated.

The initial response to the consultation has set out the government’s thinking at this stage, although the plans are still subject to change between now and when the final response is issued in spring 2020.

The general direction will be set through a new piece of legislation, while Ofcom will gain autonomy to monitor online dangers and take the appropriate level of enforcement action.

The government had previously hinted that it would give the telecoms and broadcast regulator the power to fine companies up to 5% of their revenue, as well as having their service potentially banned from the UK.

Under successive prime ministers Theresa May and Boris Johnson, DCMS and the Home Office have been toying with the idea of policing tech giants, but the shape this regulation would take has been subject to debate and alteration.

Several organisations with ties to the government, ranging from the DCMS select committee to the Digital Competition Expert Panel, have also had their own suggestions as to how best reign in Silicon Valley’s biggest companies.