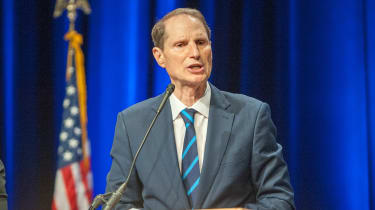 Democrat Senator Ron Wyden of Oregon has withdrawn support for a House amendment that would have stopped the FBI’s ability to collect American’s internet search and browsing records without a warrant. The senator’s decision is in response to a statement provided to the New York Times by House Intelligence Committee Chairman Adam Schiff.

In a statement to reporters, Schiff suggested that FISA warrant or not, the measure would still allow officials to collect Americans' records, so long as the records were deemed relevant to a foreign intelligence investigation.

In a response to Schiff’s statement, Wyden, who first proposed the amendment with Republican Senator Steve Daines, withdrew his support. Wyden explained that he no longer believed the amendment would protect Americans from unwarranted FBI surveillance.

“The House Intelligence Committee chairman’s assertion that the Lofgren-Davidson amendment does not fully protect Americans from warrantless collection flatly contradicts the intent of Wyden-Daines, and my understanding of the amendment agreed to earlier today," Wyden said in a statement.

"It is now clear that there is no agreement with the House Intelligence Committee to enact true protections for Americans’ rights against dragnet collection of online activity, which is why I must oppose this amendment, along with the underlying bill, and urge the House to vote on the original Wyden-Daines amendment," Wyden concluded.

Per The Hill, Davidson chastised Schiff in his own statement, suggesting that Schiff and his fellow "intelligence hawks" are attempting to thwart the amendment so they "protect the surveillance state status quo."

"Hopefully everyone will wake up and defend the Constitution," Davidson told The Hill. "It’s time for the House to protect one of Americans’ most basic freedoms—the right to privacy.”