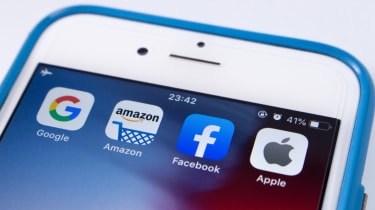 The US is planning to challenge the UK’s Digital Services Tax over of concerns that its "unfairly targets" American tech giants.

US trade representative Robert Lighthizer has announced plans to investigate all countries that are adopting digital services taxes in order to determine if they discriminate against large American technology companies such as Amazon, Apple, Facebook and Google.

The UK is among ten jurisdictions which are to be investigated by the US, along with Italy, Spain and the EU as a whole. Outside of Europe, India’s and Brazil’s digital taxes are also set to be challenged.

Lighthizer said that the US is “prepared to take all appropriate action to defend our businesses and workers against any such discrimination”.

"President Trump is concerned that many of our trading partners are adopting tax schemes designed to unfairly target our companies,” he added.

The Treasury has defended the UK’s 2% Digital Services Tax, saying it did not violate "international obligations".

"Our Digital Services Tax ensures that digital businesses pay tax in the UK that reflects the value they derive from UK users, and is compatible with the UK's international obligations," a spokesperson told the BBC.

Treasury also said the UK could remove the tax in the event of a broader deal: "We have always been clear that our preference is for a global solution to the tax challenges posed by digitalisation and we'll continue to work with the US and other international partners to achieve that objective."

The 2% levy on the revenues of large internet giants and social media platforms came into effect in April of this year. It was originally drawn up in 2018 by the then chancellor Philip Hammond in order to tackle the issue of long-term tax avoidance among businesses with exorbitant incomes. The tax targets tech giants which make at least £500 million in sales globally.

France was also set to start collecting its 3% digital tax in April 2020 but was forced to delay the decision following threats from the US that included retaliatory tariffs on French products such as champagne and cheese.

It is likely that the UK could also be met with similar retaliation. Earlier this year, US treasury secretary Steven Mnuchin said that the UK would have to face “President Trump’s tariffs” if the tax was implemented.