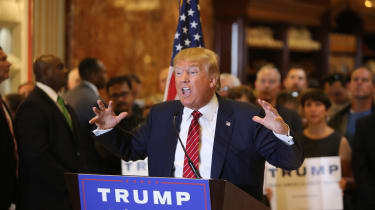 The lawsuit, which was filed in a Washington federal court on Tuesday, accuses President Trump of violating the First Amendment and seeking to "chill the constitutionally protected speech of all online platforms and individuals."

The lawsuit also takes aim at President Trump for “publicly attacking Twitter and issuing the Order” in response to the company fact-checking his tweets concerning mail-in voting.

CDT, which receives funding from tech companies such as Facebook, Google, Microsoft and Twitter, explained in a statement the purpose of the lawsuit is to protect tech platforms providing accurate information about how to vote in the 2020 election.

“Access to accurate information about the voting process and the security of our elections infrastructure is the lifeblood of our democracy. The President has made clear that his goal is to use threats of retaliation and future regulation to intimidate intermediaries into changing how they moderate content, essentially ensuring that the dangers of voter suppression and disinformation will grow unchecked in an election year,” explained CDT president & CEO, Alexandra Givens.

“The government cannot and should not force online intermediaries into moderating speech according to the President’s whims. Blocking this order is crucial for protecting freedom of speech and continuing important work to ensure the integrity of the 2020 election,” Givens concluded.

This means, unlike the government, social media platforms can moderate its users’ content as they see fit.