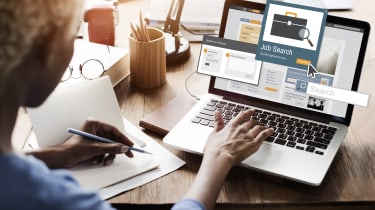 Google has announced an update to its housing, employment, and credit advertising policies in an effort to tackle unlawful discrimination against users.

The new policy will ban employment, housing, and credit advertisers from targeting or excluding ads based on a user’s personal information such as gender, age, parental and marital status, or postal code, in efforts to make housing, employment, and credit opportunities more accessible.

Google communications associate Nadia Holzer confirmed to IT Pro that the update will be first implemented in North America, although it's unclear if the company plans to bring this to the UK.

“At this time, we are rolling out this policy update in the U.S. and Canada. Our existing Google Ads policies, which require advertisers to comply with all relevant laws, apply globally. We also regularly evaluate our policies for opportunities for improvement,” she said.

Google’s new policy could contribute to curbing discrimination in the UK job market. A 2018 study by the University of Oxford found that BAME job applicants had to send 80% more applications to get a positive response from a potential employer than their white counterparts. The research also found that, while using identical CVs and cover letters, only 15% of minority ethnic applicants received a positive response from employers, compared to 24% of applicants of white British origin.

Over a decade ago, Google introduced policies banning advertisers from targeting users on the basis of sensitive information such as their identity, beliefs, sexuality, or personal hardships.

In a blog post detailing the upcoming update, Scott Spencer, Google's VP of product management, ads privacy and safety, said the company “will be providing advertisers with more information about how these changes may impact them in the coming weeks”.

“While the changing circumstances of the coronavirus pandemic and business continuity issues for many advertisers make precise timelines difficult, we plan to roll out this update in the U.S. and Canada as soon as possible and, in any event, by the end of this year.

Spencer added that the policy is a result of Google’s work with the US Department of Housing and Urban Development (HUD) and that the company will “continue to work with HUD, civil rights and housing experts, and the broader advertising industry to address concerns around discrimination in ad targeting”.

Google’s announcement comes as the latest of efforts to tackle discrimination in the tech industry, following IBM, Microsoft, and Amazon’s decisions to ban sales of facial recognition software to US police departments. The technology had been marred with accusations of racial bias which could contribute further towards the police brutality against POC.