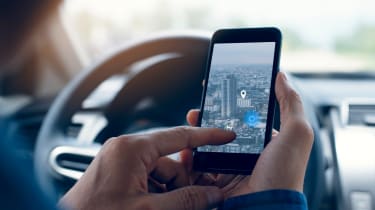 The UK government has invested in a satellite company that does not provide the GPS system that will be required by the country once it loses access to the EU’s Galileo satellite navigation system following Brexit.

Last week, prime minister Boris Johnson and chancellor of the exchequer Rishi Sunak signed the purchase of a 20% stake in London-based satellite operator OneWeb in an effort to find a system which would support mobile phones, as well as provide location information for the military and businesses.

According to the Financial Times, the deal is worth “about £500m” of taxpayers’ money.

However, it has since been revealed that OneWeb, which filed for bankruptcy in the US earlier this year, does not provide that kind of technology.

Dr Bleddyn Bowen, a space policy expert at the University of Leicester, confirmed to The Guardian that the UK government had “bought the wrong satellites”.

“What’s happened is that the very talented lobbyists at OneWeb have convinced the government that we can completely redesign some of the satellites to piggyback a navigation payload on it," he said.

"It’s bolting an unproven technology on to a mega-constellation that’s designed to do something else. It’s a tech and business gamble."

At just 1,200km above sea level, OneWeb’s 74 satellites are situated too low on the Earth’s orbit to provide the UK with the appropriate signal. In comparison, the EU’s Galileo system is located approximately 23,222km above land.

In a statement, a spokesperson for the UK government said:  “We have made clear our ambitions for space and are developing a new national space strategy to bring long-term strategic and commercial benefits to the UK. We are in regular discussions with the space industry as part of this work".

The government’s deal with OneWeb was criticised as an example of politicians’ lack of tech knowledge, as well as fuelling the isolationist agenda by investing in a flailing company primarily due to the fact that it is based in the UK.

The government was previously looking at building its own global navigation satellite system, a project which independent experts estimated to cost between £3 billion and £5 billion.