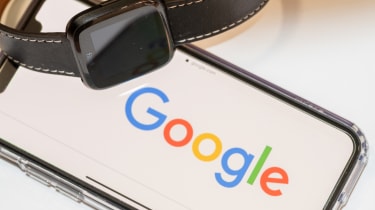 Although Google pledged not to use the Fitbit data for advertising purposes, European antitrust regulators have found the pledge insufficient.

According to the EC, “the proposed transaction would further entrench Google’s market position in the online advertising markets by increasing the already vast amount of data that Google could use for personalisation of the ads it serves and displays”.

The regulator claimed that the acquisition of Fitbit would provide Google with immense amounts of data collected through wearable devices, which are capable of tracking users' location, habits, and health.

This, the EC warns, could give Google an even greater advantage in personalising online ads, making it difficult for rivals to compete and resulting in higher prices for advertisers and publishers.

The EC has until 9 December to make a decision whether to clear or block the deal.

On Tuesday, Google’s senior VP for devices and services Rick Osterloh issued a statement saying that the tech giant had “been clear from the beginning that we will not use Fitbit health and wellness data for Google ads”.

“We recently offered to make a legally binding commitment to the European Commission regarding our use of Fitbit data. As we do with all our products, we will give Fitbit users the choice to review, move or delete their data," he said. "And we’ll continue to support wide connectivity and interoperability across our and other companies’ products.

"The combination of Google and Fitbit's hardware efforts will increase competition in the sector, making the next generation of devices better and more affordable," he added.

However, Google’s previous promises had been met with backlash from advocacy groups from the US, Europe, and Latin America, who last month came together to warn that Google could exploit Fitbit’s data collection capabilities, as well as establish “a commanding position in digital and related health markets, depriving competitors of the ability to compete effectively”.

Signatories of the letter include 20 organisations, from the Europe-based Access Now to the Brazilian Institute of Consumer Defense.