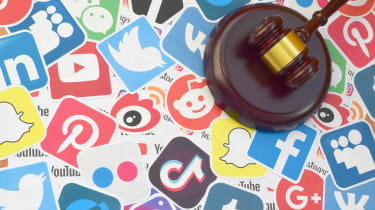 According to The Wall Street Journal, Twitter has conducted preliminary talks into a deal with TikTok which could save the video-sharing platform from being banned in the US.

The deal would reportedly provide TikTok with more agency and less regulatory scrutiny than if it would be acquired by Microsoft, which announced its plans to approach TikTok earlier this month.

Meanwhile, according to the BBC, Twitter's market capitalisation is estimated to be worth around $29 billion (£22bn).

This leaves Twitter far behind its potential acquisition rival Microsoft, which is valued at over $1.6 trillion.

According to the order signed by Trump: “TikTok automatically captures vast swaths of information from its users, including Internet and other network activity information such as location data and browsing and search histories”.

“This data collection threatens to allow the Chinese Communist Party access to Americans’ personal and proprietary information — potentially allowing China to track the locations of federal employees and contractors, build dossiers of personal information for blackmail, and conduct corporate espionage.”

TikTok has threatened legal action in retaliation to the executive order and released a statement saying that it was “shocked” by Trump’s decision. It claims the order was issued “without any due process” and “risks undermining global businesses' trust in the United States' commitment to the rule of law”.

TikTok has until mid-September to find a suitable US-based purchaser.

Alongside TikTok, the president also signed an executive order against WeChat, which faces allegations of monitoring Chinese nationals visiting the US for the Chinese government.

"The United States must take aggressive action against the owner of WeChat to protect our national security," the order reads.